Homepage » TUNISIA: The EU and SiccaVeneria launch the rehabilitation of Belvedere Park 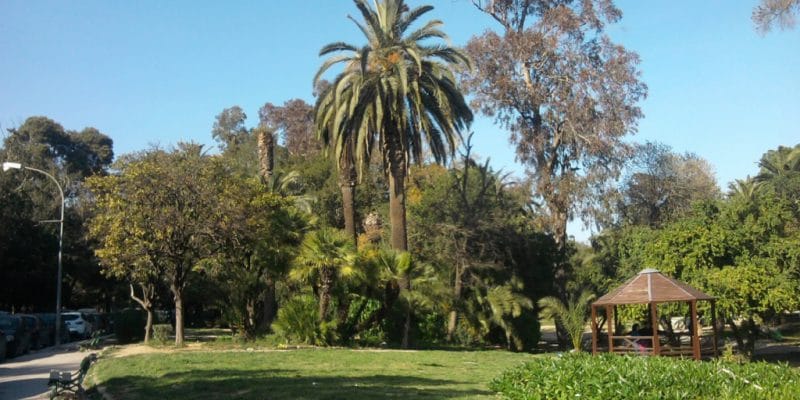 The delegation of the European Union (EU) in Tunisia launches the campaign "For a better Kef. The initiative, which will last one month with the assistance of the agency of promotion and innovation SiccaVeneria, will rehabilitate several localities in the city of Kef including the iconic park Belvedere.

Reconciling citizens with green spaces is one of the objectives of the campaign “For a better Kef” launched in this city by the delegation of the European Union (EU) in Tunisia. The project is implemented around the park Belvedere which benefits from a cleaning and rehabilitation supported by partners like SiccaVeneria, the agency for the promotion and innovation of the city of Kef in north-west Tunisia.

For the Association of Friends of Belvedere (AAB), a non-governmental organization (NGO) that advocates for the attractiveness of this green space, “this park is the lung of Tunis and with regard to its rich flora, diverse and refreshing. It requires from time to time a makeover that respects its historical past and its ecological value.

Volunteers, including professionals engaged in this operation have proceeded to the lifting of dead trees, the enhancement of the irrigation system and the rehabilitation of gullies and the collection of waste. The realization of these works has benefited from the material and technical support of the city of Tunis. The renovation should be completed by 2022.

Through this operation, the organizers also want to raise awareness of citizens to the issues of cleanliness and climate in Tunisia, inviting on the ground of these actions of collective rehabilitation, influencers and journalists who will give the aura and the echo favourable to the preservation of the environment. The Belvedere Park, the main place of stroll and attraction of the capital Tunis welcomes hundreds of visitors per day for over a hundred years.

This green space has undergone several rehabilitation operations, including in 2009 with a funding of 100,000 euros. The funds have allowed, among other things, to plant 1,000 trees, or to clean up its artificial lake. One of its emblematic spaces remains the nature trail which is a 2 km pedestrian route designed in 1996 on a surface of ten hectares. It is marked with signs and explanatory panels on the fauna and flora of the site.