Homepage » TUNISIA: JICA lends €250m for the construction of the Sfax desalination plant

TUNISIA: JICA lends €250m for the construction of the Sfax desalination plant 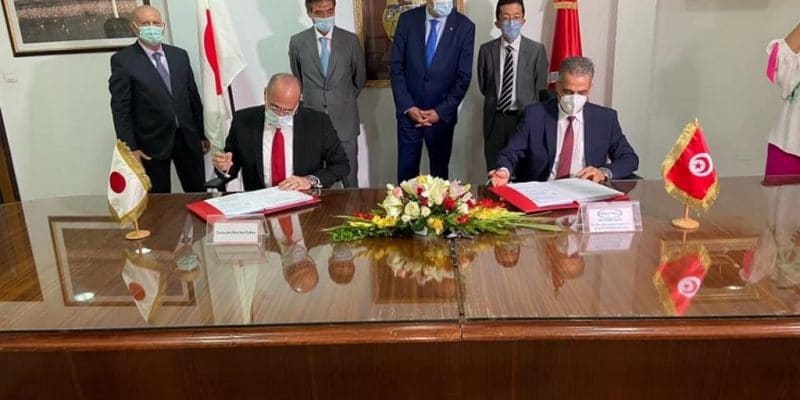 The Japan International Cooperation Agency (JICA) has just signed a financing agreement for nearly 250 million euros for the construction of the Sfax desalination plant in eastern Tunisia. The plant under construction is intended to reduce the problems of drinking water supply experienced by the country's second largest city.

The Tunisian authorities are obtaining funds for the implementation of the project to build a seawater desalination plant in the port city of Sfax. A loan agreement worth 800 million Tunisian dinars (nearly 250 million euros) was signed recently between Shimizu Shinsuke, the Japanese ambassador to Tunisia, Mohamed Fadhel Kraiem, the Tunisian Minister of Agriculture, Mosbah Helali, the President and CEO of the National Company for the Exploitation and Distribution of Water (Sonede) and Shinohara Shunei, the resident representative of the Japan International Cooperation Agency (JICA) in Tunisia.

The loan is repayable over 25 years, with a 7-year grace period. The project thus financed concerns the construction of a sea water intake and a desalination plant with a capacity of 100,000 m3 per day, extendable to 200,000 m3. The plant should occupy a 20-hectare site. The reverse osmosis plant will operate with an electrical power of 40 MWp, produced by the Thyn-Sfax power station, operated by the Tunisian Electricity and Gas Company (STEG).

Electricity will be supplied to the reverse osmosis plant via a 150 kV line, 15 km long and comprising 40 pylons. The JICA-funded project also includes the construction of a supply network to connect the plant to the city’s drinking water network. The public company Sonede will also build a brine discharge pipe (highly salty concentrated water from the reverse osmosis process, editor’s note) to the sea.

The station, for which the laying of the foundation stone took place on July 29th, 2020, will reduce the water shortage in the greater Sfax area. This situation is aggravated by the galloping demography of the Tunisian economic capital. The city of more than one million inhabitants depends on the neighbouring regions for its drinking water supply. The future desalination plant will certainly change this situation.