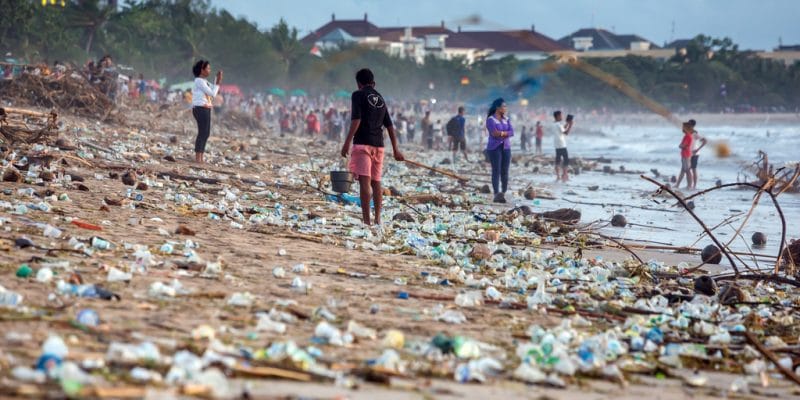 In Tunisia, an investigation by the Special Unit for the surveillance of sea water reveals that 21 beaches are unfit for bathing. These places frequented by people looking for leisure and sunbathing are increasingly polluted by a tide of plastic waste.

While summer is in full swing in Tunisia, 21 beaches are in the red following an investigation by the Ministry of Health, which describes them as “beaches unfit for bathing”. These sites are located in the governorates of Ben Arous, Tunis, Bizerte, Nabeul and Gabes where the sea water is polluted by plastic waste and wastewater discharged by companies.

In this context, the Tunisian government has banned swimming in the beaches of Rades, Ezzahra and Hammam-Lif located in the southern suburbs of the capital Tunis. In the governorate of Bizerte, the beaches concerned are Baali in Menzel Jmil and Sidi Al Hachani in Menzel Abderrahmane. As for the governorate of Nabeul, the bathing ban concerns the beaches of Dar Chaâbane and Oued Al Hajjaar in Kelibia located near the technological pole of Soliman.

Read also-TUNISIA: Rome agrees to take back tons of waste stored at the port of Sousse

According to the Special Unit for the surveillance of sea water, which carried out this survey, 71% of the 539 beaches in Tunisia, from Tabarka to Ben Guerdane, have good water quality. On the other hand, other North African countries facing the phenomenon of sea water pollution are not delaying in their response.

This is the case of Egypt in particular. In the land of the pharaohs, the governorate of Kafr El Sheikh is working with the Egyptian subsidiary of cement manufacturer LafargeHolcim and local volunteers to clean up one of Kafr El Sheikh’s beaches in Baltim, on Egypt’s northern coast. The initiative, launched in 2020 in partnership with Plastic Bank, collected 20,000 plastic bottles from a one square kilometre area.