Homepage » TOGO: 1,639 boreholes to be restored, monitored and repaired on site

TOGO: 1,639 boreholes to be restored, monitored and repaired on site 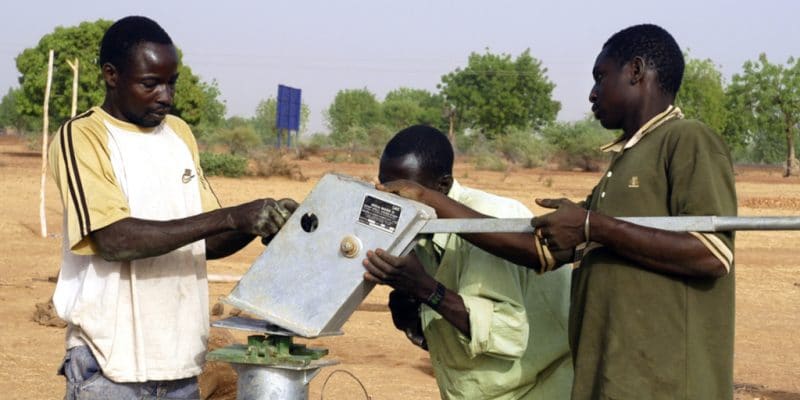 The Togolese government has launched a drinking water project aimed at rehabilitating more than 1,600 boreholes, which in the event of a failure can be monitored and repaired in real time. This operation follows an inventory on boreholes and mini-drinking water supply systems that was launched a few months ago in rural and semi-urban areas in Togo.

The Togolese Ministry of Water, Rural Equipment and Village Water Supply recently launched a drinking water project that will cover the whole country. This involves the rehabilitation of 1,639 boreholes built mainly in rural and semi-urban areas. The restoration of the failed boreholes should start from September 2019 to reach all parts of Togo.

The 1,639 boreholes that will be returned to service were selected during a census operation launched by the Togolese government in March 2019. The census also aimed to identify areas not covered by human-powered boreholes. The current project is funded under the water and sanitation component of the Programme to Support Vulnerable Populations (abbreviated PAPV in French). One of the objectives of this programme is to improve the living conditions of the population through the provision of drinking water.

The Togolese government rehabilitated more than 1,500 boreholes under the PAPV in 2017. The installations rehabilitated from September onwards will now benefit from constant monitoring in order to maintain the installations in good condition, and to intervene quickly in the event of a problem in order to avoid unnecessary water chores for the populations. This change will be possible thanks to a new “Sofie” alert service. Launched by the government in March 2019, it operates thanks to a “water committee” set up throughout the country.

In concrete terms, when a well fails in a village, a member of the “water committee” reports the problem by calling the toll-free number: 1020. Their telephone contact is quickly identified by the server, which simultaneously locates the drilling using GPRS. The system is also able to determine the nature of the failure. In the meantime, the server sends an SMS to the nearest repairer. The latter confirms his availability, then carries out the intervention on site within a maximum of 72 hours. A great innovation!