Homepage » SUEZ, a pioneer in water management, is strengthening its activities in Africa
This article is part of the dossier
WORLD WATER FORUM: SECURING ACCESS TO WATER AND SANITATION IN AFRICA

SUEZ, a pioneer in water management, is strengthening its activities in Africa 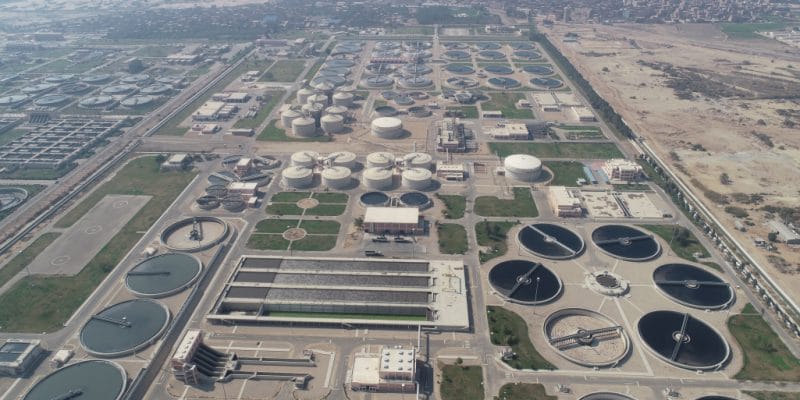 The 9th World Water Forum in Dakar is an opportunity to take stock of the improvement of water supply in Africa and, more broadly, of the achievement of the United Nations' 6th Sustainable Development Goal (SDG6), which calls for universal access to drinking water and sanitation by 2030. Professionals, like SUEZ, have been behind the progress and innovations of recent decades. The Group, which also focuses its strategy on managing the entire water cycle, has built more than 500 drinking water plants in African cities in its 74 years of presence.

Could Africa achieve universal water and sanitation coverage by 2030, as called for by the United Nations’ Sustainable Development Goal 6 (SDG6)? Today, despite the efforts and investments made in recent years, more than a third of the population still lacks access to safe drinking water and sanitation on the continent. The African continent’s lag in access to water is due to several factors, including high variability of rainfall, droughts and floods that follow or alternate in some sub-regions, abundance, but also shortage, low level of investment in infrastructure and service capacity.

According to the African Development Bank (AfDB), Africa needs $13 billion in investments per year to meet the water needs of its populations. To meet the needs of Africa’s growing population, much effort has already been made by decision-makers and professionals in the water sector, including SUEZ. The Group has been present on the African continent for more than 70 years and has made its mark through the construction of water supply infrastructures, from Casablanca to Johannesburg and including most African cities.

A historical presence and more than 500 water treatment plants

Although the SUEZ Group’s real presence dates back to the construction of the Suez Canal, the Group’s subsidiary, then called Degremont, began its activities in Africa in 1948 with the construction of its first plant in Sherbine, Egypt. The plant, located in the Nile delta, was intended to supply the people of Cairo. In the years following this success, the company built other facilities in the region.

At the same time, SUEZ exported its know-how to the entire African continent. In Cameroon, for example, the company provided the city of Maroua with its first drinking water plant in 1953. Similar facilities have also been built in Lagos, Nigeria, Nooitgedacht, South Africa, Addis Ababa, Ethiopia, and Brazzaville, Congo, providing drinking water to more than 80% of African capitals. The Group has built more than 500 water treatment plants throughout Africa.

SUEZ at the heart of today’s challenges

“We have always worked in a uniform way across the continent, whether in North Africa, in countries such as Tunisia, Morocco, Algeria and Egypt. In southern Africa, particularly in South Africa, where the Group was very present in the 1970s and 1980s. We have built water treatment plants in West and East Africa. We are truly present on the entire continent,” explains Jean Yves Gadras, SUEZ Group Development Director for Africa.

With more than 6,000 employees in Africa, the Group intends to continue deploying its water treatment technologies. A few months ago, SUEZ teams delivered a drinking water plant to the Malian drinking water heritage company. This is the largest drinking water plant in sub-Saharan Africa, with a capacity of 300,000 m3 per day. The Kabala plant, built on the right bank of the Niger River, supplies 3 million people in the Malian capital, Bamako, and the surrounding areas.

The Group is currently completing the construction of several drinking water plants in Africa. This is the case of the third drinking water plant in Keur Momar Sarr (KMS3). The plant, which has a capacity of 200,000 cubic meters per day, supplies drinking water to 2 million people in the Louga, Thiès and Dakar regions. 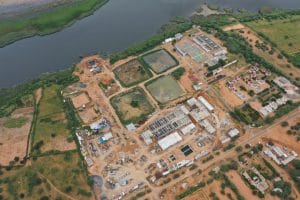 Also, in North Africa, SUEZ is currently building a sludge recovery unit for the Alexandria plant in Egypt. This will enable the wastewater treatment plant to generate some of the electricity it consumes. For Jean Yves Gadras, this is a virtuous project that integrates wastewater treatment and the reduction of the plant’s carbon footprint.

Beyond the construction and delivery of water treatment plants, SUEZ wants to support African public services in the operation and maintenance of water treatment plants. This is in line with the policy of development banks, which are increasingly focusing on DBO (design-build-operate) contracts. The objective is to ensure the sustainability of the facilities.

“In reality, it is a recommendation and we are starting to be followed. Most of the projects we work on are financed by development banks, notably the French Development Agency (AFD), the World Bank (WB), the African Development Bank (AfDB) and the European Investment Bank (EIB). Finally, it is up to them to decide whether or not to include the operation of the plants,” says Jean Yves Gadras.

What trends for the future?

The effects of climate change are expected to increase water stress on the African continent. In this context, any project will have to contain impact mitigation objectives, reducing emissions specific to water treatment. Solutions for reducing energy consumption, generating energy from sludge biogas and reducing CO2 emissions will be essential. 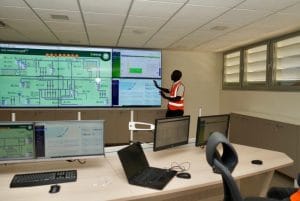 Digitalization will be more and more present in the infrastructures. SUEZ research and development (R&D) centers have also developed digital solutions that facilitate the operation and maintenance of drinking water plants, as well as transportation and distribution networks.

Article written in partnership with SUEZ