SUDAN – SOUTH SUDAN: a partnership to prevent floods and drought 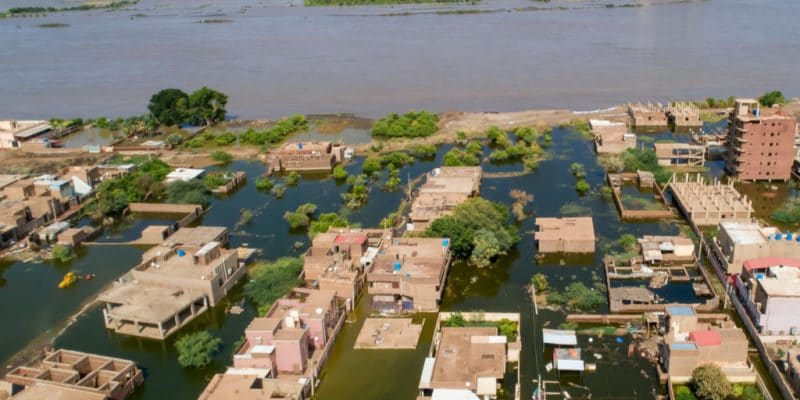 The memorandum of understanding between the Sudanese and South Sudanese governments was signed on October 7th, 2021. The two border countries are counting on this cooperation to strengthen their strategies to fight floods and drought, with irrigation projects as the key.

The data on flooding in Sudan and South Sudan is chilling. Located in North Africa, Sudan experienced a deadly episode in September 2020, the worst floods in 60 years. The United Nations (UN) estimates that the natural disaster displaced 850,000 people and affected the livelihoods of 700,000 people, according to the World Food Programme (WFP). In South Sudan, the damage is equally severe. In May 2020, the phenomenon displaced more than 466,000 people in the East African country and submerged homes and farms.

While opinions converge on the major cause of this peril, namely climate change, resilience measures are not always enough. This is also true for drought, which dries up the soil and affects economic activities. The urgency of the situation recently prompted the two states to commit to a joint fight. The Memorandum of Understanding was signed on October 7th, 2021 in the South Sudanese capital, Juba.

With regard to floods, the new partnership provides for the sharing of experiences and information between the governments of Sudan and South Sudan, as well as the monitoring of river levels during the rainy season. In addition to the threat to human life, the phenomenon makes these countries food insecure, through the destruction of crops and livestock.

Drought as a cause of famine

According to the UN, the drought worsened in Southern Sudan in 2020, affecting 5.5 million people. The phenomenon is equally important in Sudan. However, the worst episodes occurred in 1886, 1913, 1940, 1967-1973 and 1980-1984. In the 1980-1984 episodes alone, the phenomenon affected 8.5 million people and caused the death of 7.8 million head of livestock, according to the organisation Space borne Technology for Drought Monitoring in Sudan.

The direct consequence of drought is water stress. To mitigate its negative effects, the agreement provides for the rehabilitation of irrigation systems (water pumps and canals) in the Upper Nile region, located in northern South Sudan.