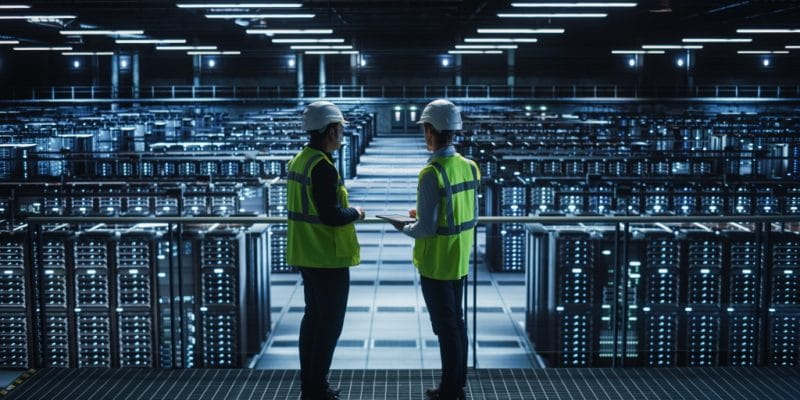 In South Africa, Vantage Data Centers, the company that builds data centres in Johannesburg, has announced the signing of a power purchase agreement (PPA) with solar energy provider SolarAfrica. The agreement covers the supply of 87 MWp of solar power to the data centres.

Vantage Data Centers is focusing on sustainability in South Africa. The American company wants to integrate solar energy into its project in Johannesburg, which is currently under construction. This is the aim of the power purchase agreement (PPA) recently signed with SolarAfrica, a solar energy provider based in South Africa’s Gauteng province.

The partnership between the two companies is to supply 87 MWp of solar photovoltaic power to the data centre being built on a 12-hectare estate in Waterfall City, a thriving ecosystem of businesses and data centres. The facility will be located 30 kilometres from Tambo International Airport. The campus will consist of three data centres.

According to Vantage, the use of solar power will enable its Johannesburg campus to reduce its emissions by 3.8 million tonnes of CO2 equivalent over the 20 years of operation of the SolarAfrica solar PV plant. “Not only will the energy from this investment be used to power our Johannesburg campus, but it will also serve as an example for the use of solar energy in the data centre industry,” said Justin Jenkins, COO of Europe Middle East and Africa (EMEA) and UK President of Vantage Data Centers.

“In the short term, solar power is facing increasing demand, which is driving up prices in South Africa. However, this investment will ensure a stable price for our customers,” says Justin Jenkins. According to Vantage, the partnership with SolarAfrica is part of its policy to become carbon neutral by 2030. And in line with new regulations in South Africa, SolarAfrica’s solar plant will not require a licence. The policy was introduced to encourage investment by companies wishing to reduce their emissions by building renewable energy plants of less than 100 MW.