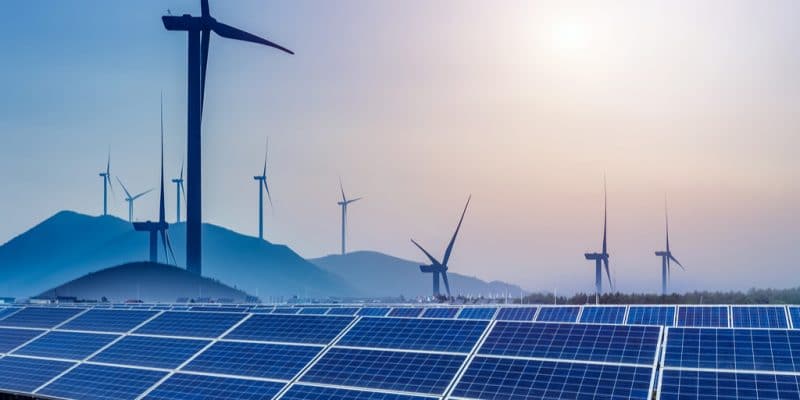 A partnership agreement has recently been signed between Orion Minerals, an Australian mining company operating in South Africa and Juwi Holding AG, a German company specialising in renewable energy production. The latter will study the feasibility for the construction of a 35 MW solar and wind power plant to power a zinc-copper mine in the North Cape

Australian mining company Orion Minerals wants to produce 35 MW of hybrid energy to power its Prieska zinc-copper mine in the Northern Cape, South Africa. It recently announced that it had signed a contract with Juwi Holding AG, a German company specialising in renewable energy production. The latter will study the feasibility of a project to build a solar and wind farm with a capacity.

“This region[Northern Cape] has the highest levels of energy illumination in the country with its hot and dry climate, and is also very well suited for wind farms,” said Errol Smart, Managing Director of Orion Minerals. He added, “the agreement with Juwi is part of our strategy to make the most of the geographical advantage (of the project)”.

A beneficial investment for Orion Minerals

The mining operator Orion Minerals wants its solar-wind farm to be located less than 20 km from its mine, which would also involve the construction of an overhead line to transport the energy produced by the hybrid farm. For this mining company, the choice to turn to renewable energies is the result of its desire to “build a modern 21st century mine in Prieska”.

For the feasibility study of this project, the miner chose the German company Juwi for its experience in providing off grids for mining operators, particularly in Australia. For example, it built a 7 MW off-grid solar power plant with batteries for the DeGrussa copper and gold mine in Western Australia.

The company, which employs more than 1,000 people worldwide, is also no stranger to South Africa. It has several projects under the Renewable Energy Supply Programme for Independent Producers (REIPPP). A government programme that encourages independent power producers (IPPs) to invest in renewable energy projects in the country of Nelson Mandela. In August 2018, Juwi announced that it would build three 250 MW solar parks in Cape Town. On this project, the company based in Wörrstadt, in the region of Rhine Hesse (West Germany), is expected to invest $206 million, with the support of the South African investment fund Ideas owned by Africa Infrastructure Investment Managers (AIIM).