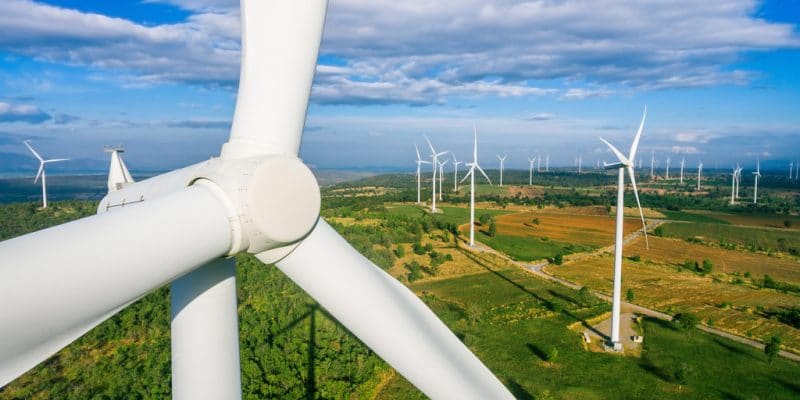 BioTherm Energy, a South African independent power producer (IPP), has just connected its Golden Valley wind farm to the South African electricity grid. With a capacity of 120 MW, the installation is located in the Eastern Cape Province.

In South Africa, BioTherm Energy has just connected a new wind farm to the national electricity grid. This is its Golden Valley wind farm in the Eastern Cape Province. The facility was developed by the South African Independent Power Producer (IPP) on 9,000 hectares of farmland. It has a capacity of 120 MW and consists of 48 Goldwind turbines of 2.5 MW.

The electrical component of the wind project, which is nearing completion, was implemented by OptiPower. The company, which specialises in electrical installations and industrial maintenance, notably built a substation linking the Golden Valley wind farm to the national grid and a 6.7 km dedicated power line linking the Kopleegte substation. The facility has a capacity of 132 kV. In 2019, OptiPower signed a contract with Goldwind, the contractor responsible for the engineering, procurement and construction of the Golden Valley Wind Farm.

The Golden Valley Wind Farm was developed under the fourth tender window of the Renewable Energy Independent Power Producer Procurement (REIPPP), which is designed to encourage IPPs to invest in renewable energy within the Rainbow Nation. According to the project developer, BioTherm Energy, the new wind farm is expected to produce more than 477 GWh of electricity each year, enough to meet the needs of about 120,000 households in the southern African country.

Also, as part of this South African government programme, BioTherm Energy has also built the Excelsior wind farm, also located in the Western Cape Province. The installation was commissioned in September 2020. The park has a capacity of 33 MW and is made up of 13 turbines with a capacity of 2.5 MW.

This month, the South African IPP inaugurated the Aggeneys and Konkoonsies II solar power plants in the Northern Cape, a province with a significant number of renewable energy plants in South Africa. The two plants supply 132 MWp of electricity to the grid of the state-owned utility Eskom.