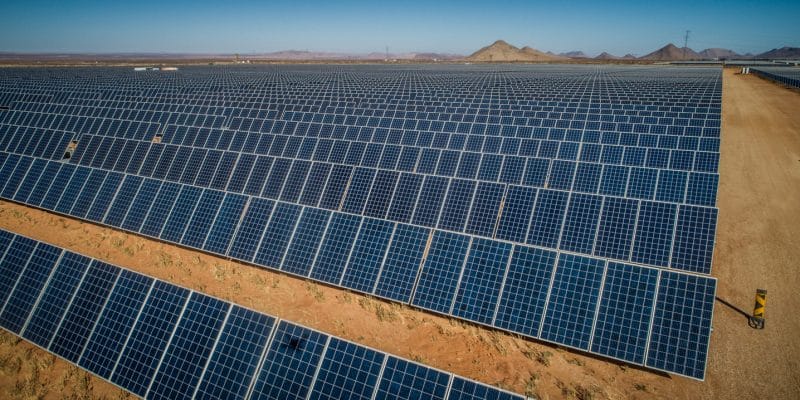 The independent power producer (IPP) BioTherm Energy has just commissioned its Aggeneys and Konkoonsies II solar power plants. The two plants supply 132 MWp of electricity to the grid of the state-owned company Eskom.

BioTherm Energy has just commissioned new clean energy facilities in South Africa. The Aggeneys and Konkoonsies II solar power plants are located in the Northern Cape, a province with a large number of renewable energy plants in South Africa.

With a capacity of 46 MWp, the Aggeneys solar power plant is located near the town of Aggeneys. Konkoonsies II is capable of generating 86 MWp thanks to 260,000 solar panels installed on a 267-hectare site about 32 km north-east of the small town of Poffadder. The electricity produced by this large solar power plant is fed into the grid of the South African public utility Eskom via a 132 kV substation.

Electricity for at least 110,000 households

BioTherm Energy estimates that its new plants will produce 33.3 GWh of electricity annually, capable of powering at least 110,000 South African homes. Both plants will be operated for 20 years under a Power Purchase Agreement (PPA) signed between the Independent Power Producer (IPP) and the state-owned Eskom.

“This is an important milestone, which sees the first two of our four renewable energy plants feeding into the national electricity grid. There is no doubt that renewable energies offer vast possibilities and should play a central role in the country’s economic recovery strategy. Not only will they improve security of supply, but they will also bring many economic and social benefits associated with South Africa’s green energy programme,” says Robert Skjodt, the CEO of BioTherm Energy.

The two concessions were awarded under the fourth round of the Renewable Independent Power Purchasing Programme (REIPPP). Also under this South African government programme, BioTherm Energy built the Excelsior wind farm in the Western Cape Province. It supplies 33 MW to the Eskom power grid.