Homepage » SOUTH AFRICA: An alliance between Sasol and Toyota for green hydrogen transport

SOUTH AFRICA: An alliance between Sasol and Toyota for green hydrogen transport 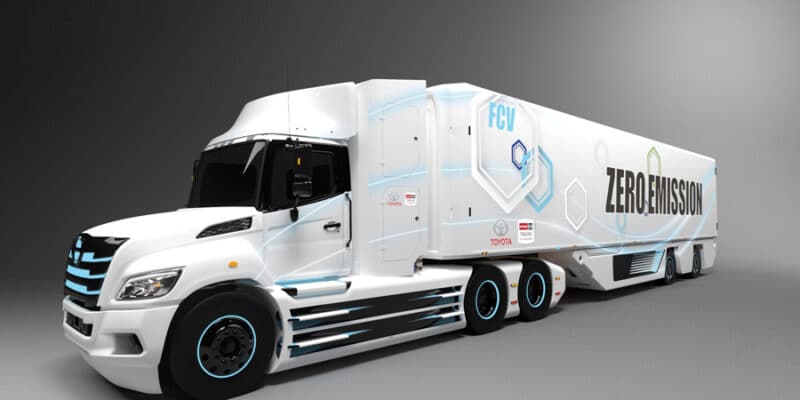 An agreement was recently signed between the South African chemical giant Sasol and Toyota South Africa Motors (TSAM), the subsidiary of the Japanese car manufacturer Toyota. The aim of the tie-up is to develop green hydrogen for trucking in South Africa.

Sasol is entering the race to develop green hydrogen in Africa. The Johannesburg (South Africa) based chemical giant wants to develop this solution for trucking. This is the reason for its partnership with Toyota South Africa Motors (TSAM), the subsidiary of the Japanese car manufacturer Toyota. As part of the new alliance, the two partners will develop a transport corridor, and extend the demonstration to a pilot project using one of South Africa’s main freight corridors, namely National Highway 3 (N3) between Durban and Johannesburg, for long-distance trucks powered by green hydrogen.

To make this green hydrogen transport pilot project a success, Sasol and TSAM agreed on the need to introduce fuel cell (hydrogen) trucks in South Africa. This is a better alternative for reducing CO2 emissions in truck transport, as electric batteries are not well suited to transporting goods over very long distances. Sasol’s interest in TSAM is not insignificant, as the manufacturer is currently developing the Toyota FC.

A first range of trucks running on green hydrogen

This fuel cell truck is being developed by Toyota through its 50.14% owned subsidiary Hino Motors. To accelerate the development of this range of trucks for the North American market, Toyota has signed a partnership with Isuzu, a Japanese car manufacturer specialising mainly in the production of off-road utility vehicles and light trucks. The partnership between Toyota and Sasol is expected to lead to the introduction of Toyota’s first fuel cell trucks in South Africa.

Both partners are evaluating the installation of hydrogen refuelling stations for the pilot project. TSAM will lead the studies on the introduction of the fuel cell truck, with Sasol providing the necessary infrastructure expertise.

“The expansion of the partnership between Sasol and TSAM to include other companies and stakeholders along the hydrogen mobility value chain is a catalyst for this strategic intent. This will provide the industry with first-hand knowledge of hydrogen refuelling stations, the introduction of hydrogen into heavy duty supply chains and the commercial engines that underpin the hydrogen mobility value chain,” says Sasol.

This partnership is in line with the climate ambitions of both major groups. On the one hand, Sasol is seeking to reduce its carbon footprint by focusing on renewable energy and the development of sustainable technologies and infrastructure. On the other hand, Toyota, like most car manufacturers, is moving towards sustainable mobility with the development of new ranges of electric cars and utility vehicles running on green hydrogen.