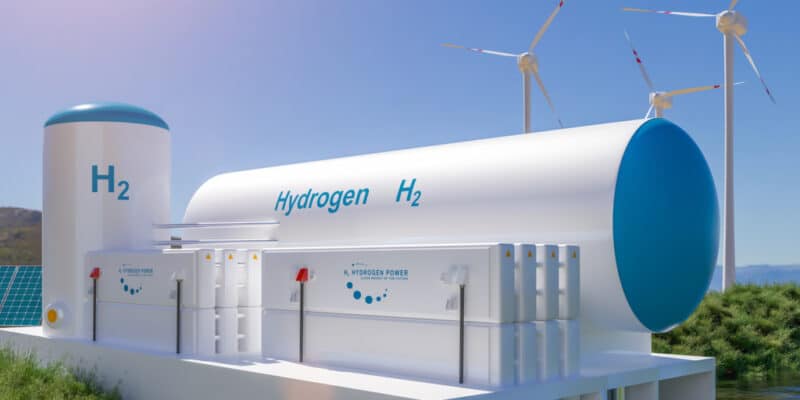 The Belgian company Dredging, Environmental and Marine Engineering NV (Deme group) has just concluded an agreement with the Egyptian authorities for studies on the production of green hydrogen in Egypt. It is the second European company, after Germany's Siemens, to work with Egypt on the development of green hydrogen.

Egypt is being courted by the world’s energy giants who want to invest in green hydrogen. The latest company to signal its interest in green hydrogen production in the land of the pharaohs is Dredging, Environmental and Marine Engineering NV (Deme group). The Belgian group has just signed agreements with the Egyptian Ministry of Electricity and Renewable Energy, the Ministry of Oil and Mineral Resources and the Egyptian Navy.

The Deme group has the green light from the Egyptian authorities to start studies on the production of green hydrogen on land and on the Egyptian coasts. Egypt is a strategic choice for the group since Cairo is at the top of the list of countries producing renewable energies in Africa, with a huge potential still untapped, especially in terms of solar and wind energy.

According to a joint study by the New and Renewable Energy Authority (NREA), the Egyptian Meteorological Authority (EMA) and the Danish research centre Risø of UNEP (United Nations Environment Programme), Egypt has an onshore wind energy potential of 20 000 MW, mainly in the Gulf of Suez. If the Egyptian government has already started to exploit this onshore wind potential with the first parks installed in the locality of Ras Ghareb, the exploitation of the offshore wind potential, estimated at 13 000 MW, has not yet started.

An ally for the development of renewable energies

Moreover, Egypt, with the help of independent electricity producers (IPP), is developing solar power plants in turn, notably in the Benban complex (1 650 MWp) or at Kom Ombo where two large installations are being built (200 and 300 MWp). As a result, green hydrogen is a very interesting avenue for the storage of electricity produced from these clean energy plants.

The Deme group wants to choose the best sites likely to host hub centres for the production of green hydrogen in Egypt. The Egyptian government sees its collaboration with Deme as part of its policy aimed at diversifying the sources of electricity production and the use of its natural resources. A few weeks earlier, Cairo also signed an agreement with the German group Siemens to launch discussions and studies for the development of a green hydrogen production project in the country.