Homepage » SENEGAL: The State is studying the drone trail for the security of its national parks

SENEGAL: The State is studying the drone trail for the security of its national parks 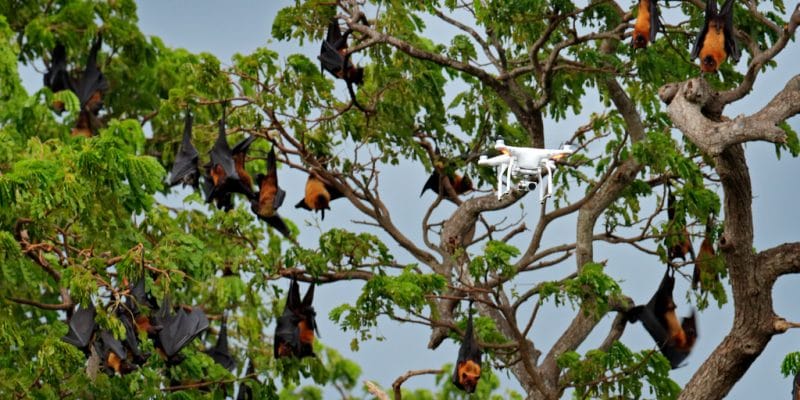 The Senegalese government wants to improve biodiversity conservation in its national parks. It recently organised a training course to equip agents and eco-guards with techniques for piloting, collecting, processing and analysing UAV data.

The aim is to “refine the surveillance and ecological monitoring techniques of its national parks”. This is what the Senegalese government aspires to. The National Parks Directorate (DPN) of the Senegalese Ministry of the Environment and Sustainable Development organised a training course from 17 to 24 November 2020 with the aim of equipping the agents and Eco guards of the country’s national parks with techniques for piloting, collecting, processing and analysing UAV data. The DPN worked in collaboration with the regional office of the United Nations Scientific and Cultural Organisation (UNESCO) in Dakar and the World Heritage Centre.

In 64 hours of classes, including 20 hours of theory and 44 hours devoted to practice, learners were given an introduction to UAV piloting, environmental monitoring, ecological monitoring of birds, monitoring of human impacts and data processing and analysis. “With UAVs, we will be able to obtain images and information from areas that are inaccessible for ecological monitoring. The use of this technology in Senegal will also facilitate the exploitation of data, especially those concerning birds that nest in colonies in concentrations of thousands of birds,” says Cheikh Niang, the curator of the Djoudj National Bird Sanctuary (PNOD).

Strengthening the conservation of the PNOD

Eco guards from the Djoudj National Bird Park, located in Saint-Louis, northern Senegal, also took part in this training session. The objective was to acquire techniques to improve the surveillance and ecological monitoring of the natural habitat of the birds of the PNOD, which are threatened by pollution and the exploitation of land for agriculture, particularly rice cultivation. According to UNESCO, every year around 3 million birds migrate from Europe to escape the winter period and pass through the PNOD. Nearly 400 different species have been recorded in this national park, which has been on the World Heritage List since 1981. Capacity building for agents and Eco guards in Senegal is part of the international assistance project (2020 – 2021).

In Africa, more and more countries are turning to UAVs to optimise the results of their biodiversity projects. In Madagascar, the government plans to purchase ten tree-planting drones before the end of 2020. With a transplanting capacity of 400,000 trees per day, these flying machines should enable the large island to achieve its reforestation objectives, i.e. the restoration of more than 4 million hectares of forest and land by 2030.

In January 2019, Vulcan Inc, a team of researchers created by philanthropist and Microsoft co-founder Paul G. Allen, set up the DJI Phantom 3 and the UASUSA Tempest. These two prototypes of autonomous aerial vehicles patrol from protected areas in Africa, enabling certain African countries to detect or anticipate any illegal activity (poaching, etc.).