Homepage » SENEGAL: The Abdoulaye Wade Stadium will be connected to a solar power plant

SENEGAL: The Abdoulaye Wade Stadium will be connected to a solar power plant 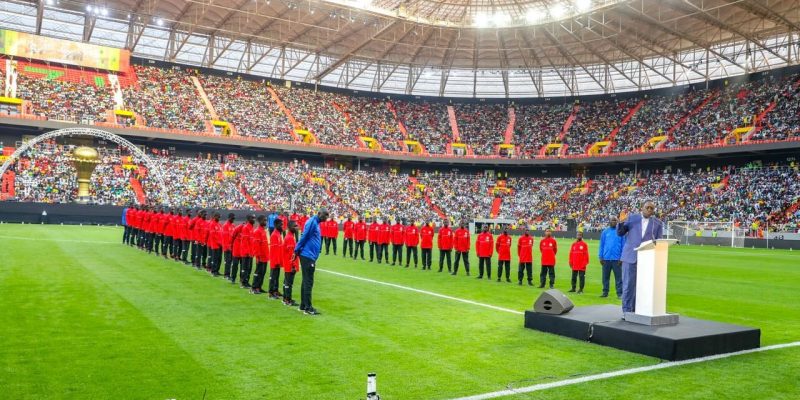 In Senegal, the Abdoulaye Wade stadium located in Diamniadio in the suburbs of Dakar will soon be solarized. The 50,000-seat stadium will be connected to a 2 MWp solar power plant.

In the aftermath of the victory of the Teranga lions at the African Cup of Nations (CAN 2021) organized in Cameroon, Senegal wants to put the small dishes in the big for the political and sporting events to come. In this West African country, the authorities have just inaugurated a soccer stadium named Abdoulaye Wade, after the former president of the Republic.

The good news is that the country intends to power this 50,000-seat stadium with solar energy. To do this, the infrastructure located in the locality of Diamniadio, 35 km from the capital Dakar, will be connected to a photovoltaic solar power plant with a capacity of 2 MWp.

The Senegalese stadium, newly built by the Turkish company Summa, will have cost the Senegalese government 134 billion CFA francs (269 million dollars). For the Senegalese authorities, who aim to produce 50% of the country’s electricity from renewable sources by 2050, the solarization of this building will be a boon in terms of reducing carbon dioxide (CO2) emissions and integrating solar technologies into the structure’s design.

The terrain of the energy challenge?

Given the tropical climate of Senegal, experts recommend for the Diamniadio stadium, the implementation of a vaulted and rotating roof to regulate the internal temperature, the amount of shade and natural ventilation at different times of the day. The stadium could be completely closed to facilitate air conditioning before a match. Given these technical and sustainability requirements, some propose that the structure be connected to an external solar farm that is connected to the grid and produces electricity year-round.

Like the 40,000-seat Al-Rayan stadium built by Qatar to host matches during the 2022 World Cup, Senegalese authorities could install solar collectors inside the Abdoulaye Wade stadium to power a solar air conditioning system (air conditioning/absorption refrigeration) to produce and store cold water, and then air-condition the stands and the field during matches.