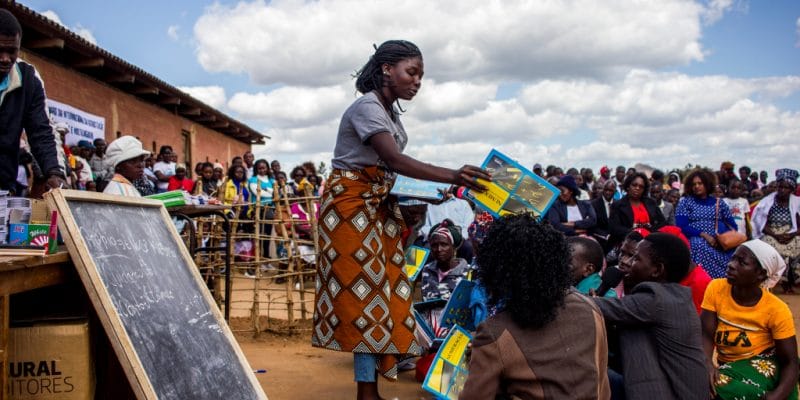 Barefoot College International (BCI), a non-governmental organization (NGO) that supports rural women in Senegal, has launched a new center in Toubab Dialaw in partnership with the Senegalese subsidiary of the UAE group DP World, to train women to install autonomous solar systems. This initiative, financed to the tune of 250 million CFA francs (380,000 euros), will equip future solar mothers to combat poverty.

In Senegal, a center for the empowerment of women in the field of solar energy has opened its doors in Toubab Dialaw, a village located near the future port of Ndayane, in the center-west of Dakar, the capital. The establishment will train many women from non-electrified rural areas of Senegal and the sub-region in the installation of autonomous solar systems.

This is the result of an agreement signed between Barefoot College International (BCI), a non-governmental organization (NGO) that supports rural women in Senegal, and the Senegalese subsidiary of the UAE group DP World, which specializes in logistics solutions.

The objective of this partnership, financed to the tune of 250 million CFA francs (380,000 euros) by DP World Dakar, is to provide women with the tools they need to combat poverty through renewable energy. This grant will allow BCI to train women who will become solar energy professionals, trainers and micro-entrepreneurs.

The center can accommodate about 20 women, has four training rooms and six rooms for housing. For the launching phase, ten women from remote villages of the Ranérou commune are following this four-month training. “At the end of their training, these women will receive kits to electrify their households and will return to their villages,” explains Mame Yacine Diop, communication and sustainable development manager of DP World Dakar.

For her part, Carine Sar, BCI’s General Coordinator for West Africa, believes that “the training material is specifically designed for illiterate people. Therefore, all the learning is done on the basis of color, code, games and drawings to simply allow them to assimilate more easily.

BCI is an NGO based in India that develops programs internationally, including solar energy, education, agricultural livelihoods, water and health solutions. Through these programs, women, colloquially known as “Solar Mamas,” become drivers of economic and environmental change, guiding their communities toward a more sustainable future, protecting rural livelihoods.

Toward better utilization of the nation’s solar potential

With a solar potential of 5.5 kWh/m²/day, solar energy is still very little used in Senegal. However, the government has put in place a policy to seek alternative solutions to energy supply problems, by promoting the development of renewable energy to diversify its production sources.

In 2020, the Senegalese Ministry of Petroleum and Energy exempted from VAT (value-added tax) equipment intended for the production of renewable energy such as solar, wind and biogas. This measure aims to accelerate the electrification of rural areas.