Homepage » SENEGAL: A campaign to plant 20 million trees by the end of September

SENEGAL: A campaign to plant 20 million trees by the end of September 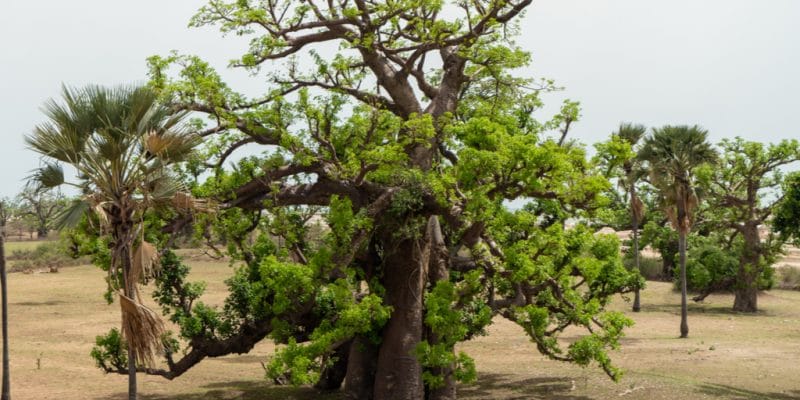 The Senegalese government is determined to succeed in its new reforestation campaign aiming to plant 20 million trees across the country before the end of September 2020. This reforestation project is strongly supported by the population.

Senegal is living at the pace of a vast reforestation campaign. It is a race against time to plant up to 20 million trees across the country before the end of September 2020. An objective reaffirmed by the Senegalese Minister of the Environment and Sustainable Development, Abdou Karim Sall during his recent tour of several localities in the country.

According to the minister, the reforestation campaign initiated by the Senegalese government is arousing great interest throughout the country. “This year, we are going to carry out a very good reforestation campaign which has started in excellent conditions. If the mobilization observed in Kaffrine and other regions of the country continue, there is reason to be optimistic that the objectives of 20 million seedlings will be achieved before the end of September,” says Abdou Karim Sall.

The valorisation of the baobab tree

Throughout Senegal, baobab tree planting is intensifying as a result of the government’s reforestation campaign. This large tree is typical of tropical regions, particularly West Africa, where it takes 8 to 10 years to reach maturity. The planting of baobab is encouraged by several organisations, including the National Agency for Agricultural Integration and Development (Anida). During his recent tour, Minister Abdou Karim Sall went to Koungheul where he visited the one-hectare Anida farm dedicated to the planting of 100 baobabs. 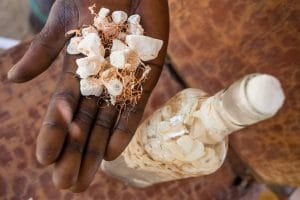 These baobab nuts are used to make soft drinks©Juriz/Shutterstock

At this farm, Anida agents found a way to shorten the tree’s growth period from 3 to 5 years. This genetic modification of the plant is not insignificant. In West Africa, and increasingly in Central Africa, the fruits of this tree are used to make soft drinks, which nutritionists believe to be rich in vitamin B1 and C. This “juice” is prepared by putting the baobab fruit in water for a few hours. The juice obtained is then mixed with a little milk and sugar. Fermented, the pulp is used to make beer.

Monkey bread (another very common name for the dried baobab fruit) is also becoming a major export product, particularly to factories in Europe and America. With a slightly acidic taste, this fruit also appeals to the monkeys who help pick it. The plantation of baobabs should benefit both the environment and people.