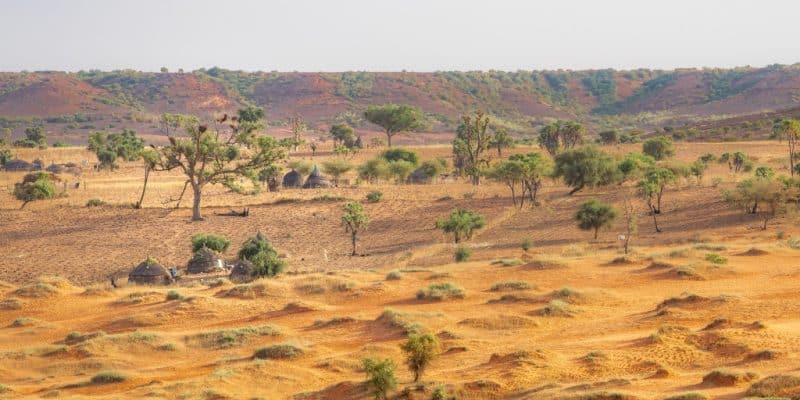 While prolonged drought episodes are slowing down the achievement of the United Nations Sustainable Development Goals (SDGs) in several Sahel and West African countries, an initiative led by the West African Development Bank (BOAD) is expected to turn the tide through the implementation of green projects by 2023.

Burkina Faso, Mali, Senegal, Niger and other drought-affected countries will benefit from climate resilience projects as of 2023. This is the objective of the agreement recently signed between the Permanent Interstate Committee for Drought Control in the Sahel (CILSS) and the West African Development Bank (BOAD).

“We are going to put our expertise and skills at the service of the sub-region, with a view to promoting the coordination and harmonization of interventions for the benefit of the Sahelian and West African populations,” says Abdoulaye Mohamadou, the Executive Secretary of CILSS.

For Luis Soares Cassama, Vice President of the BOAD, the initiative will improve the living conditions of the population through “the transformation and emergence of the economies” of the eight member states including Benin, Ivory Coast and Guinea Bissau. According to the financial institution based in Lomé, Togo, this agreement will ultimately strengthen food security, sustainable management of natural resources and the fight against desertification.

To this end, BOAD and CILSS will collaborate in the search for financing from national and international donors. The two institutions will also share their technical knowledge with other ongoing projects, notably the Great Green Wall. The initiative launched in 2007 by the African Union has received three major funding pledges in 2021, including $600 million from the French Development Agency (AFD) and $5 billion over five years from the World Bank.

BOAD and CILLS intend to pool their efforts to accelerate work on the Great Green Wall, which will represent 11.7 million hectares of vegetation. Planned on a strip of land about 8,000 kilometers long that links Dakar (Senegal) to Djibouti, this pan-African initiative will create a mosaic of green and productive ecosystems in North Africa, the Sahel and the Horn of Africa.

At the same time, the AfDB committed to mobilizing $1.3 billion at the 27th United Nations Climate Change Conference (COP27) held in November 2022 in Egypt. The funds will enable the implementation of green projects in its eight member states by 2025 including climate-smart agriculture (CSA), clean energy, green building and electric mobility.

The initiative, financed to the tune of 73.2 billion CFA francs (more than 111 million euros) via a Global Environment Facility (GEF), will enable the establishment of new solid waste treatment facilities in the cities of Parakou in Benin, Ouagadougou in Burkina Faso, Bamako in Mali, Niamey in Niger, Thies in Senegal and Lomé in Togo.