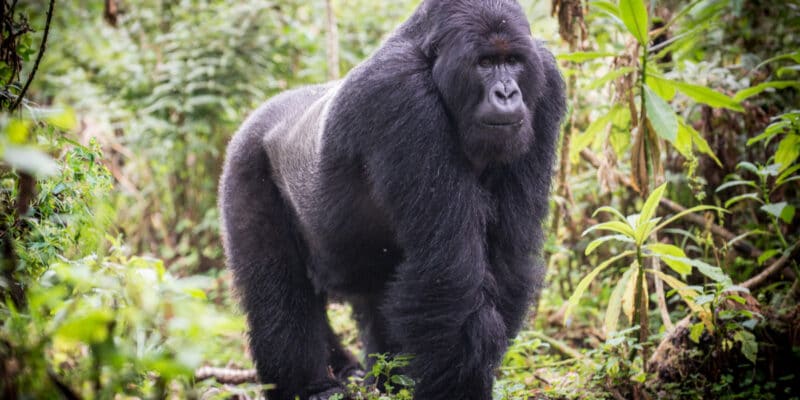 Wildlife conservation has just scored some good points in Rwanda. The East African country has officially become a member of the Giants Club, for the promotion and conservation of wildlife. This is a godsend for "the African champion of wildlife economics". More than €5.2 million generated by the parks has been invested in community projects over the past 14 years.

It’s official, Rwanda has become the 5th member country of the Giants Club, for the promotion and conservation of wildlife. The membership agreement was signed recently in the capital Kigali between Rwandan President Paul Kagame and the founder and CEO of Space for Giants, Max Graham. The Giants Club is a unique forum that brings together African presidents, top business leaders, leading philanthropists and global influencers to protect the continent’s most important natural landscapes that are home to large populations of wildlife, including the ‘Big Five‘ – elephants, lions, leopards, buffaloes and rhinos.

With the signing of the agreement, President Kagame joins Presidents Mokgweetsi Masisi of Botswana, Ali Bongo Ondimba of Gabon, Uhuru Kenyatta of Kenya and Yoweri Museveni of Uganda, who are all co-leaders of the Giants Club. The former president of Botswana, Ian Khama, serves as president emeritus. “President Kagame joins us as we embark on a major strategic shift from a ‘single-species’ approach to protecting entire natural ecosystems, accelerating our work to bring resources and investment to Africa’s natural capital. And this is a strategy that President Kagame fully endorses. He is perhaps the greatest champion of wildlife economics on the African continent, if not in the world,” says Space for Giants President Max Graham.

In Rwanda, wildlife conservation also includes habitat protection. One of the activities that embody this approach is the “Kwita Izina”, a ceremony in which new-born mountain gorillas are given a name according to a traditional ritual with high symbolic value. Far from being a simple conservation drive, Kwita Izina is run by hundreds of Rwandans and watched on television by millions of others. The major national event that unites the population around the conservation of mountain gorillas is sponsored by national and international brands such as Volkswagen and Arsenal Football Club.

In addition, since 2005, the Rwandan government has adopted a policy whereby 10% of the revenue from park visits is paid back to local women to support community projects and rally communities in the drive to safeguard and protect wildlife. According to the Rwanda Development Board (RDB), over the past 14 years, more than 5.2 billion Rwandan francs (about €5.2 million) of tourism revenues have been used to finance 647 of these projects.