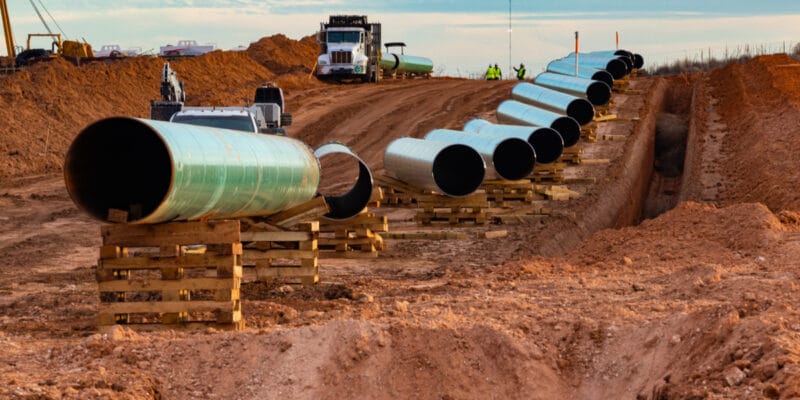 South Africa's Standard Bank has just announced that its agreement to finance EACOP in East Africa was suspended pending the results of the environmental impact study it commissioned on the project to build the world's longest crude oil pipeline. The South African bank is thus responding to the call launched on March 1st, 2021 by a collective of 263 environmental organisations to 25 banks. The leaders of these financial institutions are being called upon to refuse to invest in a project deemed dangerous for the environment and local populations.

South Africa’s Standard Bank may forego raising funds for the construction of the East African Crude Oil Pipeline (EACOP) between Uganda and Tanzania. “We have engaged an independent firm to help us assess the environmental and social impact of Total’s East African pipeline project, which environmental groups have opposed,” the South African bank said, before saying that it was the outcome of the environmental and social audit that would give it the way forward, whether or not to grant a loan to the EACOP project.

The Standard Bank of South Africa has indeed acknowledged receipt of the joint letter, sent on March 1st, 2021 to the heads of 25 banks worldwide by 263 non-governmental organisations (NGOs) from 49 countries. The NGOs are trying to discourage potential investors from investing in the world’s longest heated crude oil pipeline project by listing the environmental dangers involved. The 1,443-kilometre pipeline (296 km of which is in Uganda), which will transport crude oil from Lake Albert in western Uganda to the port of Tanga in eastern Tanzania, where the crude will then be exported to international markets, will cause enormous environmental and social damage, according to the NGOs. “The extraction of crude oil from Lake Albert could bring fisheries to a standstill. Furthermore, the risk of an oil spill into Lake Victoria would have disastrous consequences for millions of people (in about eight countries) who depend on the two lakes and their watersheds for drinking water and food production,” they argue.

The financial plan is close to completion

The collective of 263 protesting NGOs includes Friends of the Earth International, 350.org, Catholic Overseas Development Agency, Reclaim Finance, Sierra Club, Global Witness, IUCN National Committee of the Netherlands, BankTrack, African Institute for Energy Governance and Inclusive Development, among others. Their call comes as sources close to Eacop announce the financial closure of the project by the end of the month. Of the 3.5 billion dollars needed to complete the project, the promoters, French energy giant Total and its partner China National Offshore Oil Corporation, are expecting a loan of around 2.5 billion dollars from the banks.

The imminence of EACOP’s launch also led to the launch on February 2nd, of the project to finance micro, small and medium-sized enterprises (MSMEs) located along the pipeline route. A 500,000-dollar project, financed by a grant from the African Development Bank (AfDB). And yet in May 2020, the AfDB had expressed its disinterest in this fossil energy project. A position taken at the time, following suspicions expressed by about a hundred civil society organisations regarding alleged commitments on its part, in favour of the project.