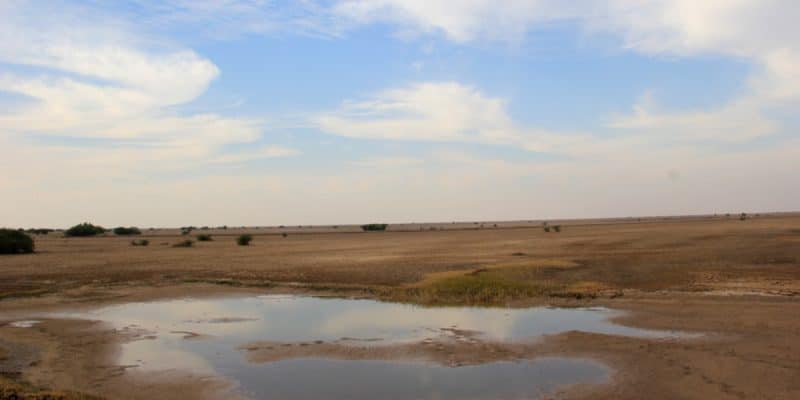 Environmental Rights Action/Friends of the Earth Nigeria (ERA/FoEN) has marked the 2021 edition of World Environment Day with a call to government. The environmental non-governmental organisation (NGO) is proposing that the Federal Government of Nigeria adopt the United Nations Decade for Ecosystem Restoration. According to official figures, desert encroachment threatens the livelihoods of an estimated 40 million rural people in Nigeria's Sahelian region.

The Nigerian authorities should redouble their efforts to restore biodiversity and natural environments. This is the content of an appeal launched on June 5th, 2021 by Environmental Rights Action/Friends of the Earth Nigeria (ERA/FoEN), on the occasion of World Environment Day. The Nigerian non-governmental rights organisation (NGO) is proposing that the Federal Government of Nigeria adopt the United Nations Action for Ecosystem Restoration. “Restoring ecosystems would improve biodiversity, clean up polluted rivers and contaminated soils, and secure people’s livelihoods,” explains Godwin Ojo, the Executive Director of ERA/FoEN.

Ecosystem degradation is a concern in Nigeria. In the north of the country, a transition zone between the Sahara Desert and the savannahs, deforestation threatens the livelihoods of about 40 million people, according to official figures. Moreover, the annual deforestation rate in Nigeria is 3.5%, which represents an average loss of 350,000 to 400,000 hectares of forest cover per year. According to the Nigerian authorities, environmental problems, including deforestation, drought and desertification, are costing Africa’s most populous country (201 million inhabitants in 2019) more than 10.5 billion naira ($34.3 million).

Read also: AFRICA, the circular economy at the heart of ecosystem preservation

Yet Nigeria has taken action to restore ecosystems. In 2015 the West African country committed itself and several other African countries to restoring more than 84 million hectares of degraded land as part of the African Forest Landscape Restoration Initiative AFR100, which aims to restore 100 million hectares of land by 2030. In line with this, the Nigerian government announced in 2017 its intention to restore four million hectares of degraded land. But “the Nigerian government’s environmental efforts are not sustainable,” says Ebenezer Olagunju Temidayo, a climate change researcher at the University of Ibadan in southwestern Nigeria. According to him, the failure of environmental projects in Nigeria is due to lack of monitoring and continuity, inconsistent government policies, and misappropriation of funds for project management.

It is in this context that the NGO ERA/FoEN’s appeal comes in. The United Nations Decade for Ecosystem Restoration (2021-2030) is a call to all countries of the world to unite to protect and restore ecosystems for the benefit of nature and people. The initiative aims to halt the degradation of ecosystems and restore them to meet the targets set by the international community. This includes the Bonn Challenge, a global initiative to restore 350 million hectares of land by 2030.