Homepage » AFRICA: the circular economy at the heart of ecosystem preservation
This article is part of the dossier
AFRICA : WORLD ENVIRONMENT DAY 2021

AFRICA: the circular economy at the heart of ecosystem preservation 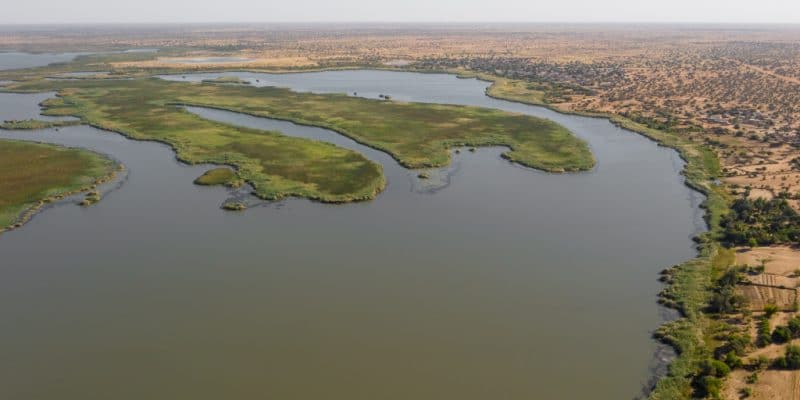 On June 5th, 2021, the whole world celebrated World Environment Day, which this year was dedicated to the restoration of ecosystems. While Africa has rich and diverse ecosystems, the continent is facing phenomena such as water stress which is worsening due to climate change. Africa is also faced with heavy pollution from waste and wastewater, which threatens the sustainability of its environment. In this context, the circular economy appears to be the essential solution to contribute to the preservation of the environment. As a major player in environmental management, the SUEZ Group is already implementing the circular economy alongside its African partners.

The circular economy is becoming increasingly important in the debate on environmental preservation in Africa. This model with a systemic vision of society aims to produce goods and services while greatly limiting the consumption and waste of raw materials and non-renewable energy sources. According to the African Ministers’ Conference on the Environment, the circular economy ensures a complete and virtuous cycle: products and materials are recycled, repaired, renovated or reused, so that a by-product or waste from one economic process becomes an input for another.

And many African governments have not waited for regional regulation to embrace the circular economy. This is true of the Maghreb countries, almost all of which are suffering from water stress that is expected to worsen by 2040, and for which wastewater reuse is the key to the circular economy in the water cycle. Among the countries in the sub-region that are focusing on water circularity is Egypt. The land of the pharaohs is building a number of large wastewater treatment plants, which apply the reuse of treated wastewater for irrigation. The Egyptian government has chosen SUEZ’s know-how for the construction and operation of the Gabal El Asfar wastewater treatment plant, located on the east coast of the Nile in Upper Egypt. The treated wastewater is channelled via a drain for the irrigation of nearly 162 hectares of a fruit tree park.

In addition to reusing the treated wastewater, SUEZ completes the virtuous cycle by also recovering the sewage sludge at the same Gabal El Asfar plant to extract biogas, the combustion of which produces a large part of the electricity needed to run the plant.

Morocco also sought SUEZ’s expertise for the Médiouna wastewater treatment plant, located in the Casablanca-Settat region. This plant, operated by Lydec, the local subsidiary of SUEZ, supplies recycled water for the irrigation of an experimental urban agriculture field in the greater Casablanca area.

The circular water economy also includes controlling losses in drinking water networks. According to the United States Agency for International Development (USAID), utilities in sub-Saharan Africa lose nearly $600 million in revenue per year, or 3.4 million cubic metres per day, due to water losses, which is a significant portion of what the United Nations estimates is needed to meet the Millennium Development Goals for improved access to water and sanitation.

Morocco is far from being spared from water losses in the network. But some public service delegates are redoubling their efforts to help reduce these network leaks. This is the case of Lydec, a subsidiary of SUEZ which distributes drinking water in the greater Casablanca area. The action plan deployed in 2020 made it possible to save 10 million m3 of water over the entire year. It included the reinforcement of acoustic detection, the implementation of the “SmartBall” intelligent technology, a system for detecting water leaks on large pipes, the “listening” of 12,000 km of pipes during night inspection operations, the repair of more than 1,300 leaks and the renewal of 23 km of network.

Another aspect of environmental management is waste management, which is also at the heart of circular economy systems. The World Bank’s 2020 “Waste Treatment Report” notes that 174 million tonnes of waste (on average) are produced annually in Africa. This amount is expected to triple by 2050, as Africa is one of the fastest growing regions in the world.

Yet this waste is a resource that is not sufficiently exploited on the continent. Organic waste produced by households and farms can be used to produce energy via biogas from methanisation. Digestate from the fermentation of organic waste can be used as fertiliser for agriculture. Plastic waste can be granulated and reused as a secondary raw material. 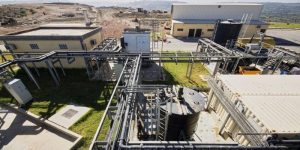 The management of leachates, the liquids that flow into landfills as a result of the combined action of rainwater and the natural fermentation of waste, which can pollute the soil and groundwater, must also be taken into account. SUEZ has developed a process that enables exemplary treatment of leachate. This is the Evalix™ technology, now operational at the Meknes green landfill in Morocco. This process guarantees a quality of treatment that complies with discharge into the natural environment, while producing water that can be used for irrigation: a device combining an ultrafiltration membrane bioreactor and a reverse osmosis filtration plant with dewatering of the sludge and thermal treatment of the concentrates.

Industrial waste must also be taken into account in the implementation of circular economy systems. African countries such as Morocco are taking this way forward very seriously.

In the Kingdom of Morocco, 3.5 million tonnes of industrial waste are generated per year. This amount is expected to reach 12 million tons by 2030.

SUEZ supports Morocco’s industrial acceleration plan by accompanying the Moroccan industrial fabric for several years in the implementation of a circular economy. For example, the Group works with several players in the automotive sector, such as Renault and the PSA group, to treat and recycle their waste.

In Morocco, SUEZ also manages waste in other industrial sectors. In 2019, the group was awarded the waste management of North Africa Bottling Company (NABC), the bottler of the Coca-Cola soda brand in Morocco.

Finally, SUEZ supports the Moroccan agri-food industry through its commitment alongside the Azura group, which specialises in fruit and vegetables, for the management of non-organic waste generated by its packaging centre located in the Agadir region.

SUEZ has also invested in two multimodal platforms for the recovery of industrial waste from the free zones of Tangiers and Kénitra. These multimodal platforms will provide collection, sorting and pre-treatment solutions for the waste generated by industrial companies located in the Atlantic Free Zone and the Tangier Free Zone. With a capacity of nearly 100,000 tons per year, they will contribute to the ecological development of the free zones and promote the implementation of sustainable development programmes.

Article produced in partnership with SUEZ