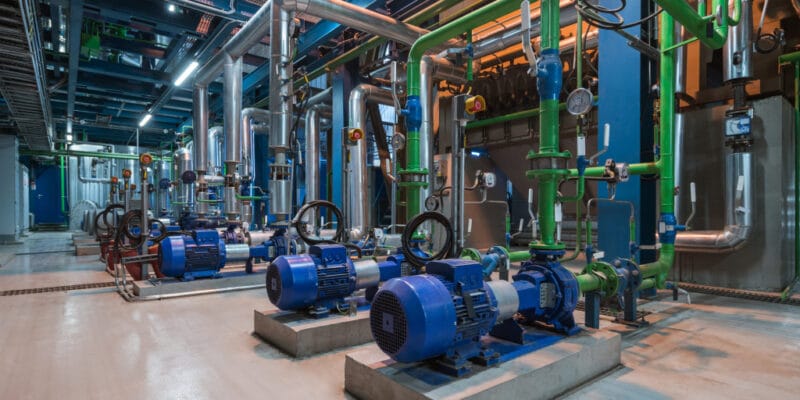 The Nigerian company Fordmax has begun the rehabilitation of a drinking water supply system in Enugu State in south-eastern Nigeria. The system, which will be able to supply 28,000 m3 of water per day, will now be powered by solar photovoltaic energy.

The use of solar energy is becoming more widespread in Nigeria. The company Fordmax, which won the contract to rehabilitate the Ninth Mile Crash drinking water supply system, has decided to solarise all the installations. The 12 boreholes were built a few years ago to improve the supply of drinking water in Enugu State in the south-east of the country.

But since then, the pumping station has remained out of order. Charles Egwu, the director of the National Urban Water Sector Reform Project in Nigeria, who recently visited the project site, says that eight of the 12 boreholes are already operational. The rest will be re-commissioned with the arrival of new pumps ordered from Germany. The rehabilitated boreholes will have a capacity of 28,000 m3 per day. The water is destined for the city of Enugu, which has an estimated population of 795,000.

The Ninth Mile Crash drinking water supply system, which will also operate with a water treatment plant, was designed by the Enugu State Government to support the ageing systems in Oji and Ajalli. Drinking water supply will now be at the heart of the local government’s strategy for access to clean water. The installations will be powered by a solar photovoltaic system, the power of which Fordmax has not yet specified.

According to managing director Nnaji Clifford, with the solar plant, each borehole will pump 120 m3 per hour for eight hours. “The brighter the sun shines, the more water there will be. We have a two-year maintenance agreement with the Enugu State Government and the life span of the solar panels is about 25 years. So, for two years we will be on site to ensure that the water flows. We are training the staff of the Enugu State Water Corporation so that when we leave, they can continue to work with our German partners,” explains Nnaji Clifford.

The beginning of a solution to a water crisis

The rehabilitation of the Ninth Mile Crash drinking water supply system is a response to a water crisis that has been affecting Enugu State for several years. On January 23rd, 2020, the local government declared a state of emergency in the water, sanitation and hygiene (WASH) sector. In the wake of this, the local government set up an 18-member inter-ministerial committee to reorganise the Wash sector. According to WaterAid Nigeria, the water crisis in Enugu is exacerbated by the topography of the area which makes groundwater difficult to access. According to him, more than half (2.37 million) of the people in Enugu State do not have access to basic water services.