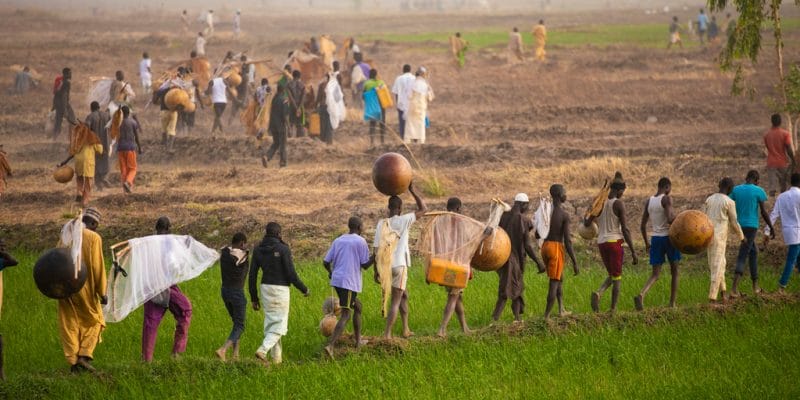 The Federal Government of Nigeria recently handed over 3,000 hectares of irrigated land to the authorities of Jigawa State in the north of the country. The land will be distributed to small-scale farmers in the state who are experiencing water shortages.

Nigeria is divided into two climate zones. In the north of the country, where Jigawa State is located, the climate is rather hot and dry. This climate is partly responsible for water shortages. Global warming is also a factor. The worst sufferers are the small-scale farmers who see their production decrease with each passing day.

The irrigated land made available to small-scale farmers in Jigawa by the Federal Government of Nigeria is aimed at improving agricultural yields in the state. Exactly 3,000 hectares of land have been developed as part of the project aimed at building the resilience of the people of Jigawa to drought. According to the local government, the 3,000 hectares of irrigated land, if properly utilised, will enable small-scale farmers to inject more than N32 billion (about $78 million) into the state’s economy through rice production alone.

The implementation of the Jigawa Irrigation Project required an investment of N10 billion, over $24.32 million. The Federal Government of Nigeria financed the work with a loan from the World Bank. The project also aims to reduce food insecurity in Nigeria, which is exacerbated by the Covid 19 health crisis. In the West African country, Covid 19 affects the health of children in particular.

According to a recent report by the U.S. Government’s global hunger and food security initiative, Feed the Future Innovation Lab, 36.8 percent of Nigerian children under the age of five will suffer from hunger in 2019. As a result, the rate of anaemia has risen sharply in the country. This problem is caused by iron and vitamin deficiency, which is common among children and women.