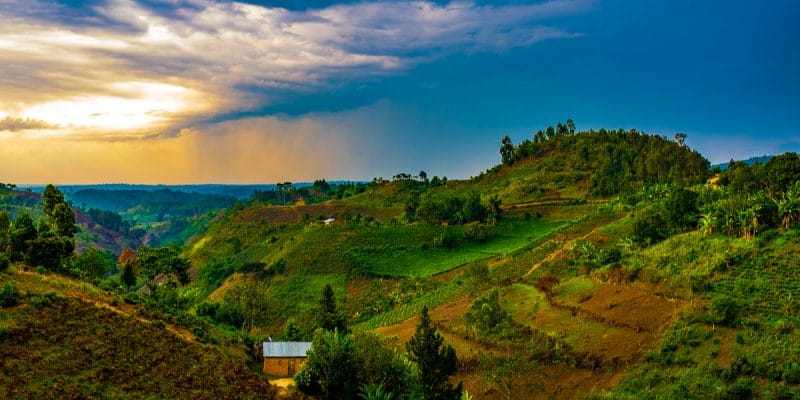 In Africa, demographic challenges and economic issues are causing a rush for agricultural land and an intensification of agriculture. In this context, artisanal and industrial actors are very gradually integrating biodiversity protection into their practices. Between agroecology and sustainable agriculture, the preservation of wildlife is becoming just as important as food production.

Agriculture is one, if not the main cause of biodiversity decline in Africa. Widely practised, it occupies nearly 50% of the African population (up to 70% in East Africa), according to United Nations (UN) figures. Depending on whether it is artisanal or industrial, it spreads over more land, clearing large areas of forest and reducing the natural habitat of wild animals.

In West Africa, cocoa cultivation in Ivory Coast and Ghana is a perfect example of the sacrifice of biodiversity to agriculture. Satellite analyses by the non-governmental organisation (NGO) Mighty Earth have shown that between November 2017 and September 2018, in the cocoa-growing region of south-western Ivory Coast, almost 14,000 hectares of forest have been destroyed, the equivalent of 15,000 football pitches. This deforestation, which is synonymous with the loss of habitat for the elephants of Ivory Coast, is the second most important cause of the species’ disappearance, after poaching. And elephants, the umbrella species par excellence, are not the only victims. The decline of the Ivorian forest, which now covers only 18% of the national territory according to official figures, also affects chimpanzees, pygmy hippos, flying squirrels, pangolins, leopards and a whole myriad of animal and plant species that only evolve in tropical forest ecosystems.

The agricultural sector is increasingly aware of the crucial role of biodiversity for humans and ecosystems and is trying to innovate. This involves the adoption of practices that reconcile agriculture and biodiversity. These include controlled irrigation, agroforestry and agroecology, the banning of chemical fertilisers and the control of plantation boundaries.

Following the example of Nestlé, in the cultivation of cocoa in West Africa, several agricultural and agri-food groups operating in Africa are gradually introducing ecological practices into their value chains. In January 2021, the Pan-African Fruit Growers and Exporters Association (Afruibana) announced its membership of the International Agroecological Movement of Africa (IAM Africa). This is a coalition of private and public actors, operating in all segments of the agricultural value chain, who are committed to protecting biodiversity and developing sustainable agricultural practices. The mission of the young network is to develop African agroecology in a sustainable way with technical and financial support from Europe.

Read also: AFRICA: Concepts at the heart of the debate on biodiversity

Agriculture is one of the main levers of development on the continent, where almost 70% of the population still lives in rural areas. Today, 600 million hectares of uncultivated arable land are in Africa, which offers considerable growth potential. The modernisation of the African agricultural sector, particularly through agro-ecology, digital technology and social business, therefore appears to be a priority, necessary to reconcile economic performance and environmental preservation. This is a virtuous compromise towards which some actors are moving, but which the continent needs to develop.

According to the annual report “The World of Organic Agriculture 2020”, produced by the Research Institute of Organic Agriculture (FiBL), Africa has the smallest area under organic cultivation in the world. It covers only 2 million hectares, or 0.2% of the continent’s total agricultural area and about 3% of the world’s organic area. The top African countries in terms of organic area are Tunisia (286,623 ha), Tanzania (278,467 ha) and Ethiopia (221,189 ha), while the countries with the largest share of organic land are Sao Tome and Principe (24.9%) and Sierra Leone (4%). Even if we imagine that many traditional farmers have a virtuous practice that is not certified, in particular because they would not be able to make a case for certification on the market, the fact remains that many of the major players in agribusiness have still not taken the measure of the necessary ecological transition.