Homepage » NAMIBIA: Towards the construction of a new desalination plant in the coastal zone

NAMIBIA: Towards the construction of a new desalination plant in the coastal zone 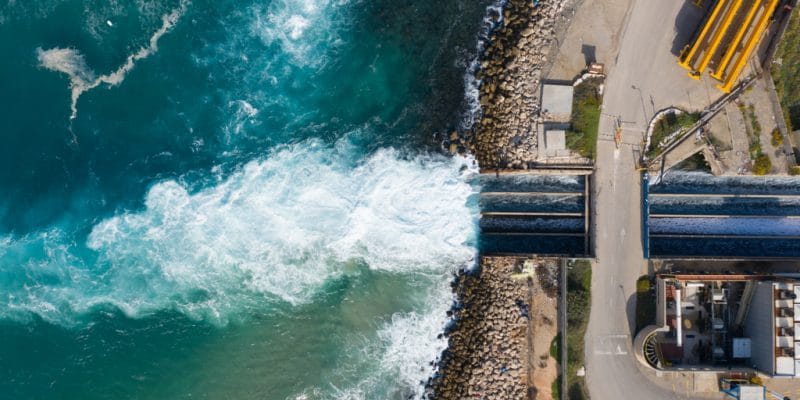 In Namibia, the government has just announced the construction of a seawater desalination plant in the west of the country. The future facility, which will be located between the seaside towns of Swakopmund and Henties Bay, aims to improve water supply for local populations.

Namibia is facing a national water crisis due to severe droughts. This situation is pushing the country to rely more on unconventional water resources such as desalination. With a population of over 2.58 million, Namibia has a large water supply.

To improve water supply in Namibia, the government is planning to build a new seawater desalination plant. Namibia’s Minister of Agriculture, Water and Land Reform (AWLR), Calle Schlettwein, unveiled the project at the launch of a pipeline from the Kuiseb River to Swakopmund in western Namibia. The new pipeline, which will replace a 47-year-old facility, will supply groundwater to Swakopmund from the Kuiseb aquifers, as well as to Walvis Bay from the Omdel aquifer, northeast of Henties Bay, and Orano’s desalination plant.

The signing of PPP

The future desalination plant will be located between the seaside towns of Swakopmund and Henties Bay in western Namibia. According to the Namibian Minister of Agriculture, Water and Land Reform (AWLR), Calle Schlettwein, a feasibility study has already been conducted on the project site. The official also mentioned the possibility of signing public-private partnerships (PPPs) for the implementation of the water supply project. “The construction of a desalination plant requires a large supply of electricity, especially for pumping water inland, as well as for the desalination phase itself. This represents a significant amount of money,” says Calle Schlettwein.

The Namibia Water Corporation (NamWater) will operate the future seawater desalination plant in the country’s coastal region. The state-owned company also manages the Erongo desalination plant, which was built for the French uranium mining company Areva Resources Namibia, now Orano. Currently, the plant, located 35 km north of Swakopmund, supplies 12 million m3 of drinking water to NamWater each year, compared to 20 million m3 per year when it was commissioned.

In addition to seawater desalination, Namibia reuses its treated wastewater to supply its population with drinking water. This alternative, which is now unavoidable, has been practised in the country for over 50 years.