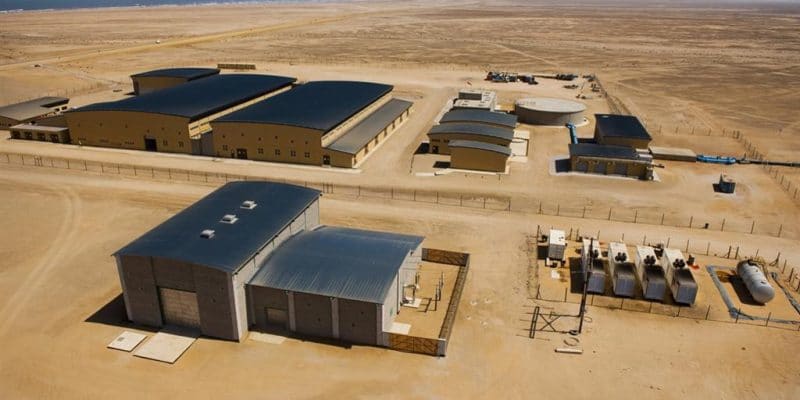 In Namibia, the French nuclear giant Orano wants to equip its Erongo seawater desalination plant with a 5 MWp solar photovoltaic plant. The group has just signed a power purchase agreement (PPA) with InnoSun for the construction and operation of this facility.

Orano goes green in Namibia. In addition to reducing the energy costs of its facilities in this southern African country, the French multinational specializing in the nuclear fuel business also wants to reduce its carbon footprint. Orano has signed a power purchase agreement (PPA) with InnoSun, a subsidiary of InnoVent, an independent power producer (IPP) based in Villeneuve-d’Ascq, France.

The clean electricity produced will be sold to Orano over a period of 10 years, starting from the commissioning of the solar power plant scheduled for the end of 2023. Work will begin on the project site in the second half of 2022. “This project is part of Orano Group’s policy to reduce its carbon footprint and increase the share of low-carbon electricity at its operating sites worldwide,” the group led by Philippe Knoche said.

Orano expects the InnoSun solar power plant to reduce its annual greenhouse gas (GHG) emissions by 30 percent at its Erongo desalination plant, equivalent to 9,722 metric tons of CO2 equivalent emissions. Built between 2008 and 2010, the reverse osmosis plant has a capacity of 20 million m3 per year, expandable to 45 million m3 per year. The plant is owned by Orano Resources Namibia, a subsidiary of Orano (formerly Areva), which has entrusted its operation to Nafasi Water, a company based in Germiston, South Africa.

The desalination plant was built to supply fresh water to the Trekkopje uranium mine via 40 km of pipes, water being a very scarce resource in the Namib desert. But the mine, whose deposit was overestimated by Areva, never went into operation. “The installations are mothballed until the uranium market is more favourable,” says Orano.

In the meantime, the treated water is sold to Namibia Water Corporation (NamWater), which distributes it to Swakopmund, nearby mines and other areas in the Erongo region. The Erongo desalination plant cost N$2.5 billion, or about US$153 million, to build.