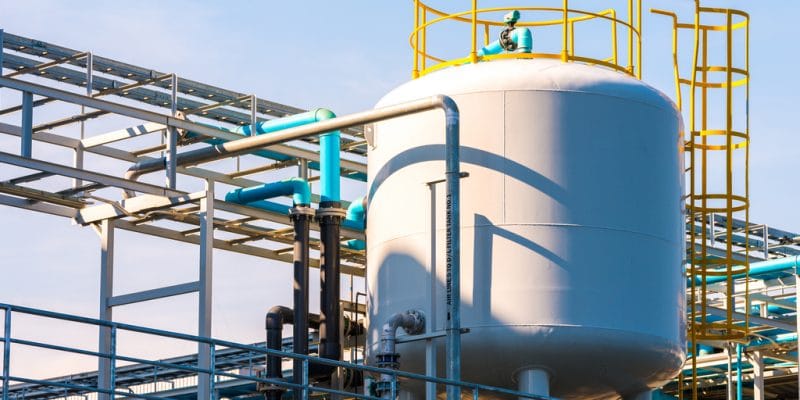 Namibia's Minister of Agriculture, Water and Land Reform, Carl Schlettwein, has just commissioned six water storage tanks in the Erongo region of Namibia. The water mainly serves the Rössing uranium mine. Some of the water is used to supply the surrounding population.

In Namibia, the Rössing uranium mine operated by China National Uranium Corporation (CNUC) has a better water supply. Namibia’s Minister of Agriculture, Water and Land Reform, Carl Schlettwein, recently inaugurated six reservoirs near the mine site. It is located 12 km from the town of Arandis and 70 km from the coastal town of Swakopmund in the Erongo region.

The new facility is supplied by Orano’s seawater desalination plant. The plant supplies almost 50% of the fresh water for consumption in the Erongo region, as well as for several mines.

Rössing has received approval for this project in 2020. It supports the three reservoirs built by Namibia Water Corporation (NamWater) for the mine’s operations. The Chinese mine operator also hopes to secure access to this resource for its operations during periods of shutdown. This project comes at a time when Namibia is experiencing drought. This phenomenon is drying up the waterways in the southern African country.

In the wake of the inauguration of the six water reservoirs, the Namibian government has announced the construction of a new seawater desalination plant in the country. The future facility, which will boost NamWater’s production capacity, will be built on the coast under a public-private partnership (PPP).

“The feasibility study for the construction of the future desalination plant in Namibia has been completed and the procurement phase will begin soon,” announced Carl Schlettwein, Namibia’s Minister of Agriculture, Water and Land Reform.