Homepage » AFRICA: Water and sanitation security today, a necessity!
This article is part of the dossier
WORLD WATER FORUM: SECURING ACCESS TO WATER AND SANITATION IN AFRICA 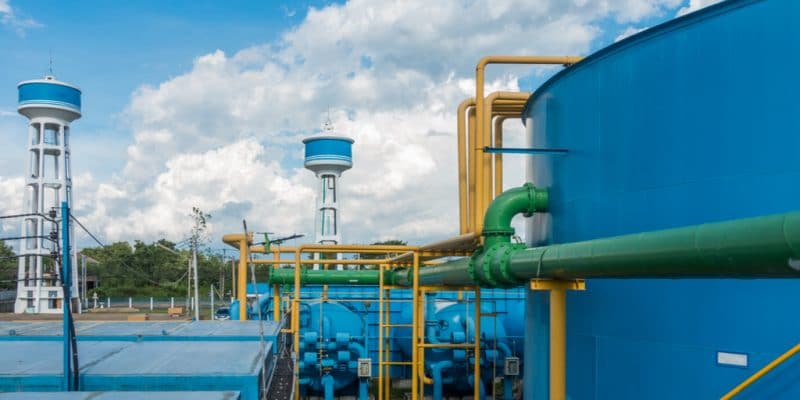 Access to water and sanitation for all is still an unresolved issue in Africa. The reasons range from poor management of available water resources to the proliferation of untreated sewage sludge in the environment. On the occasion of World Water Day 2022, AFRIK21 proposes a close-up on water management methods across the continent, their impacts on the preservation of the resource and the link with sanitation, without forgetting the alternative solutions put in place by the States at a time when new challenges such as drought accompanying global warming are emerging.

Even if the situation is obviously not uniform across the continent, Africa faces enormous difficulties in securing access to water and sanitation. As far as water is concerned, the gap between supply and demand remains very large despite the adoption in 2015 of Sustainable Development Goal (SDG) No. 6, set by the United Nations (UN), which provides for universal access to water by 2030. This resource is necessary for the supply of populations (drinking water) and the development of various activities, including agriculture, livestock, etc.

Two cases of figures. In countries that are naturally abundant in water resources (surface, underground, from the seas and oceans), such as Ivory Coast in the West Africa sub-region, the difficulty of securing access to water is justified more by the lack of means to build infrastructures, or by pollution and waste of the resource.  The scenario is quite different in countries with an arid climate. These include Egypt, Morocco, Algeria, Kenya, Mauritania, Namibia, etc.

Universal access to sanitation for Africans by 2030 is the other central element of the United Nations Agenda’s MDG 6. In this sector too, progress is slower in sub-Saharan Africa, with barely 30% of the population currently benefiting from safe sanitation services, according to the UN. The various problems presented above have a heavy impact on the social and economic development of African countries, even though some of them are already in a “state of alert”.

In recent years, African governments have been racing against the clock to get closer to, or even achieve, the United Nations’ Agenda for Development Goal 6. In countries where water resources are abundant, drinking water supply systems are multiplying. These are installations that allow the transport of water from its source (the water table) to its place of consumption. It is through the “Water for All” program that Ivory Coast structures its commitment in 2017. At the end of 2021, the report issued by the President of the Republic of Ivory Coast, Alassane Ouattara, stated that more than 80% of Ivorians living in urban areas and more than 70% in rural areas were supplied with drinking water. As for social connections, more than 100,000 households in Abidjan and its outskirts have been connected to the network of the Société de distribution d’eau de la Côte d’Ivoire (SODECI). The “Water for All” program aims to provide universal drinking water coverage for all Ivorians by 2030. In this West African country, the government also treats surface water in plants to ensure continuous supply to the population. 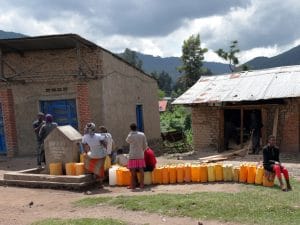 In addition to national initiatives, Ivory Coast benefits from a number of sub-regional projects to improve its drinking water supply, including the IsDB- WAEMU Water and Sanitation Program. The latter is being implemented in West Africa thanks to an overall investment of about CFA 54 billion (more than 82 million euros) by the Islamic Development Bank (IsDB), the West African Economic and Monetary Union (WAEMU) Commission and its member states. More than five years after its launch in Dakar, Senegal, the initiative has resulted in the installation of 940 boreholes equipped with human-powered pumps, 209 hybrid solar-powered mini water conveyances, 21 multi-village water conveyances, and 6 stand-alone water stations in the member states of the West African Economic and Monetary Union (WAEMU): Benin, Burkina Faso, Ivory Coast, Guinea-Bissau, Mali, Niger, Senegal, and Togo.

West Africa is obviously not alone in its concern for the provision of drinking water to its populations. In the East, North, Southern and Central African sub-regions, there is also a diversity of projects. In Cameroon, for example, the government plans to build 20 water treatment plants through the Cameroon Water Utilities Corporation (Camwater), the public water board. The total capacity envisaged for the future facilities is 300,000 m3 per day over the next few years. The project initiated in 2018 and launched in February 2022 will increase the capacity to supply drinking water to the population to 85% in 2032 only, whereas 75% was hoped for by the end of 2022 by Cameroon.

The involvement of development partners and other institutions

In addition to African governments, development partners are making a major contribution to improving water supply services on the continent, especially in sub-Saharan Africa, where more than 400 million people do not have access to drinking water.

In addition to financing, public policies on water are also emerging. In December 2021, the Board of Directors of the African Development Bank (AfDB) approved a new water strategy for the period 2021-2025. The document entitled, “Towards a Water Secure Africa” has four focus areas. These include ensuring integrated and sustainable water resources management, increasing the availability of water resources for food production and improved nutrition, and supporting the provision of water, sanitation and hygiene (WASH) services. Indeed, water and sanitation have a direct impact on improving hygiene and health by breaking the transmission cycle of many waterborne diseases.

Sanitation is also an important issue in Africa. Between reducing open defecation and pollution caused by solid waste and wastewater, there is much for governments and development partners to do.  In February 2021, the AfDB, the United Nations Environment Programme (UNEP) and Grid-Arendal published “The Sanitation and Wastewater Atlas.” The document assesses Africa’s progress toward achieving the SDGs and other aspirations, including Africa’s Agenda 2063 and the African Water Vision 2025, through maps, graphs, and profiles of all African countries, including analyses of their water resources and provision of essential services. 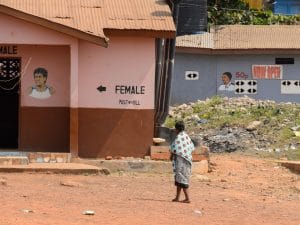 The Atlas also explores circular economy approaches that can lead to better sanitation infrastructure. A few months later, in July 2021, it was the turn of the African Ministers’ Council on Water (AMCOW) to present the African Sanitation Policy Guidelines (ASPG) in Africa. According to the United Nations Development Program (UNDP), 2.3 billion people still do not have access to safe sanitation on the continent and 892 million people still practice open defecation.

The AfDB is also focusing on improved water management for agriculture and investments that support various activities in drylands. But here again, it will be necessary to brave the drought that is impacting water resources.

What solutions to preserve the resource?

In order to secure the water supply for households, farmers and fishermen in the drylands of Africa, it is urgent to preserve the remaining resource.

A wide range of initiatives are being deployed in the countries concerned. Between the construction of water reservoirs, the retention of rainwater and the development of the practice of drip irrigation, which consumes less water and electricity compared to flood irrigation. Morocco, plagued by an exceptional drought, is experimenting with these different practices. Its neighbour, Egypt, is going further: a law on the imposition of taxes on irrigation water has been under consideration since 2021. The legislation that will be passed will also contribute to the fight against wastewater pollution. These effluents, once treated, can be used for water-consuming activities such as agriculture or for groundwater recharge, thus limiting the water deficits caused by climate change.

According to the United Nations, approximately 3 billion people will be confronted with water stress by 2025. To cope with this phenomenon, water specialists such as Suez recommend the recovery of treated wastewater, which is not yet sufficiently exploited in Africa. Other possible uses include watering green spaces or as a resource for industry. 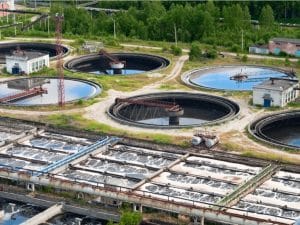 In Africa, Egypt is one of the pioneers in the reuse of treated wastewater (Reuse), with many plants in operation or under construction. The country of the pharaohs is supported by several companies, including the environmental giant Suez, which built the Gabal El Asfar plant on the eastern bank of the Nile. In the country, the Emirati company Metito, Hassan Allam Construction, an engineering company based in Egypt, and Orascom Construction based in Cairo are also developing Reuse projects. For Egypt, this alternative source to supplying water to farmers from the Nile would save nearly 2 billion m3 of fresh water per year.

In Morocco, Suez is implementing Reuse from the Médiouna wastewater treatment plant, located in the Casablanca-Settat region and commissioned in 2017. In addition to projects developed through public-private partnerships (PPPs), more comprehensive programs exist in several countries.

How unconventional solutions are changing the game

In recent years, Africa has made significant progress in terms of access to water in the face of drought. In Namibia, where thousands of people have no access to water due to scarcity, the government is focusing on wastewater recycling. In the southern African country, this solution has been applied for more than 50 years. A plant operated by WINGOC (Windhoek Goreangab Operating Company), the consortium formed by Veolia and VA Tech Wabag, supplies more than a third of the drinking water to the city of Windhoek.

To eliminate any health risks, the plant uses state-of-the-art “multi-barrier” technologies. These ensure that the quality of the drinking water meets the highest standards and that the health of consumers is not affected. Similar projects are underway in other towns in Namibia, including Walvis Bay.

At present, Namibia is the only country to directly reuse treated wastewater as drinking water. In Morocco, the National Shared Liquid Sanitation Program (PNAM) aims to reuse treated wastewater in response to water stress. It is the revised version (in 2019) of the National Liquid Sanitation and Wastewater Treatment Program (PNA), which was launched in 2005 to improve sanitation and preserve watersheds from pollution in several councils.

With the NAP, the Moroccan government wants to implement 87 projects, 22 of which concern the watering of golf courses with a financing of 2.34 billion Moroccan dirhams (nearly 220 million euros), promised by the government of Morocco by 2027. The kingdom aims to provide 100 million m3 of treated wastewater to Moroccans per year by that time. By 2050, this figure is expected to rise to nearly 340 million m3 per year, representing a country-wide treatment rate of 80%. Another Moroccan program should improve water supply in the agricultural sector by 2027. This is the Priority Program for Drinking Water Supply and Irrigation 2020-2027. The initiative will also allow for the construction of seawater desalination plants, another circular economy approach applied to the water cycle, which is significantly more expensive and energy intensive than Reuse. 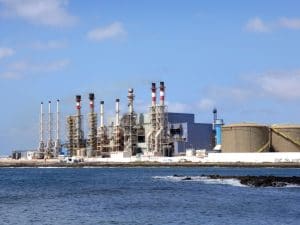 In Egypt, the government plans to build 67 seawater desalination plants by 2050. This ambitious program will require an overall investment of 435 billion Egyptian pounds, or $27.4 billion. The Egyptian authorities will implement this vast plan with the support of private players, notably through public-private partnerships (PPPs). Projects such as those mentioned here also exist in Algeria, Tunisia and South Africa, where drinking water needs are also significant.