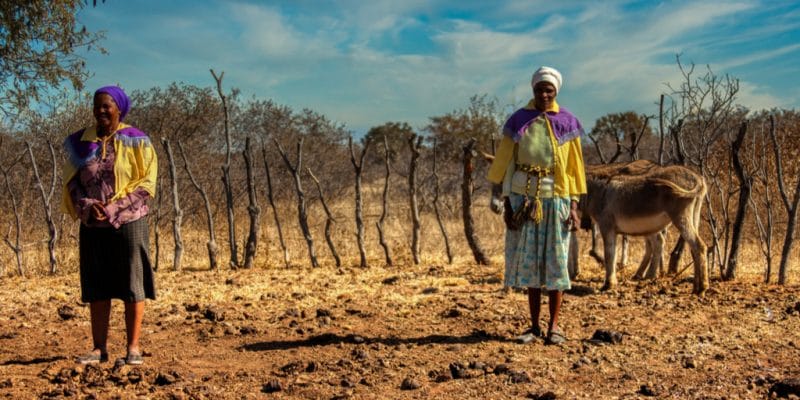 In Namibia, farmers in the north of the country fear a severe drought is coming, with major impacts on crops, livestock and food security. A phenomenon that is worsening in this country known for its arid climate, where farmers are forced to share their resources (water and pasture) with wild animals.

It will soon be two months since they planted maize and other crops in their fields, but many community farmers in northern Namibia have yet to see their seeds germinate. Without rain, crops are drying up in this southern African country.

As water catchment areas and wells dry up, livestock are also affected. According to hydrologist John Hango, the fear of these farmers may be temporary as some climate forecasts predict rains in the coming weeks.

According to the Climate Prediction Center Africa Hazards Outlook, over the past week, rains have fallen in Zambia, parts of Zimbabwe and Mozambique. This is in contrast to Namibia, where cumulative rainfall since October has been below the annual average of 534 mm in the capital Windhoek.

According to the government, about 500,000 Namibians out of a population of 2.4 million do not have sufficient access to food due to the drought. In 2019, President Hage Geingob signed over N$619 million (nearly US$40 million) in funding for areas affected by the phenomenon, which has also claimed the lives of at least 60,000 domestic animals.

In response to the drought in 2021, Windhoek also sold some of its wildlife, including elephants in reserves. This operation is justified by the drought that has affected the wildlife for several years, and which accentuates the conflict between the large mammals and the farmers.