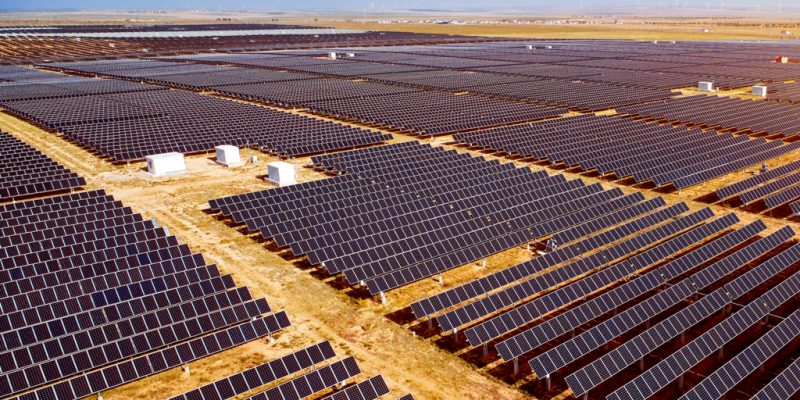 An agreement will soon be signed between the Namibian and Botswanan governments concerning a 5,000 MWp solar photovoltaic mega-project. The signature of this partnership will make this project, announced in September 2019, a reality. As part of this vast project, Namibia and Botswana are receiving support from the U.S. government through the Power Africa initiative.

Namibia and Botswana are on the verge of developing one, if not the largest solar photovoltaic project on the African continent. The two neighboring countries in southern Africa want to take advantage of their favorable environment to produce 5,000 MWp of solar energy. Afrik 21 has announced the launch of negotiations for the implementation of the project in September 2019. Tom Alweendo, Namibia’s Minister of Mines and Energy announced a few days ago that the signing of an agreement between Namibia was imminent.

“We should have already signed the agreement and there was a lot of progress in the negotiations in March, before Covid-19 disrupted things,” said Minister Alweendo. Alweendo also said the two governments are being accompanied in the negotiations by the United States under the Power Africa initiative, launched by former President Barack Obama to electrify Africa.

The pooling of efforts…

Most of the electricity generated by this 5,000 MWp mega-solar project will be sold to neighboring countries in southern Africa. “The agreement that will be signed will facilitate a full feasibility study that will determine the size and location of the plants,” said Alweendo. At the 28th World Economic Forum on Africa in September 2019 in Cape Town, South Africa, the Global Future Councils announced that the mega-solar project would be implemented in several phases.

The first phase could be subject to a call for tenders of 300 MWp to 500 MWp to meet the domestic demand of the two countries. A second phase is planned to produce between 500 MWp and 1,000 MWp. A third and final phase will allow the construction of solar parks that will provide 1,000 MWp to 3,000 MWp. The electricity produced in the last two phases will then be sold to southern African countries.

Another sustainable development project for the two countries

The collaboration between Namibia and Botswana is welcomed by many observers, especially since the two countries are not at their first major sustainable development project. They are also negotiating for the construction of a large seawater desalination plant in Walvis Bay in Namibia. The installation will provide drinking water to the Namibian capital Windhoek and Gaborone, the headquarters of institutions in Botswana. For this other project, the two countries are already receiving support from the German development agency Kreditanstalt für Wiederaufbau (KfW).