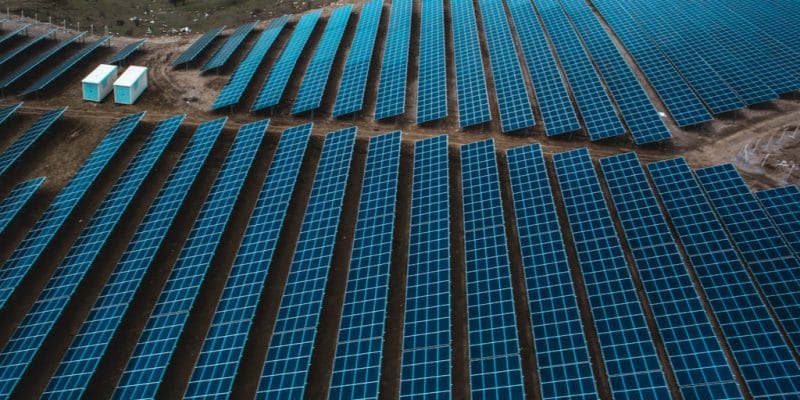 Global Future Councils of the World Economic Forum recently announced that Namibia and Botswana are working together on a 5,000 MW solar megaproject. Electricity is intended to satisfy the domestic demand of both countries and to be exported.

The 28th World Economic Forum on Africa has been held since Wednesday, September 4, 2019 in Cape Town, South Africa. If for the moment, the event is undermined by the news marked by xenophobic violence in the rainbow nation, some good news is nevertheless emerging. One of them concerns in particular the mega solar project currently being developed in southern Africa.

It will be implemented jointly by Botswana and Namibia, says Global Future Councils, one of the world’s largest interdisciplinary knowledge networks dedicated to promoting innovative thinking. Several financial institutions such as the African Development Bank (AfDB), the World Bank and the International Renewable Energy Agency (IRENA) are members of the Global Future Councils.

The first could be the subject of a 300 to 500 MW call for tenders to meet the domestic demand of both countries. A second stage is planned to produce between 500 and 1,000 MW of electrical energy. A third and final phase will build solar parks that will supply 1,000 to 3,000 MW. The electricity produced in the last two phases will be sold to southern African countries.

“The market for electricity produced by the solar megaproject in Botswana and Namibia includes 12 other countries in the region that could be connected via new and/or improved transport infrastructure,” says the World Economic Forum. And both countries have the opportunity to succeed in this project.

Namibia, the driest country on the African continent, has 300 days of sunshine per year. “Namibia is benefiting from the global expansion of the solar market, which is reducing costs and improving the efficiency of photovoltaic solar panels and related equipment,” said Kahenge Haulofu, CEO of Nampower, Namibia’s state-owned electricity company, recently. The manager said this when he announced a $338 million investment plan for renewable energy in Namibia.

The government on the Botswana side is also relying on solar energy to address the country’s ongoing electricity supply deficit. More recently, it launched a call for tenders for two solar projects that should allow 100 MW to be fed into the grid. The closing date for this call for expressions of interest, which was initially scheduled for September 11, 2019, has been postponed to September 27, 2019.