Homepage » MOROCCO: the expertise of the Novec-Adi group is being used for irrigation 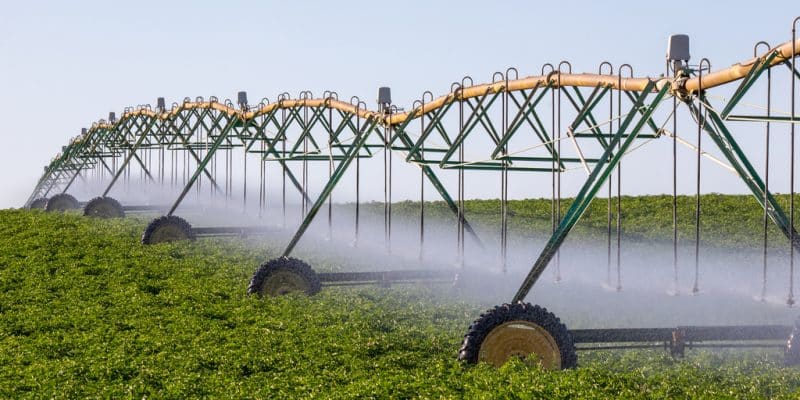 In Morocco, the Director of Irrigation and Agricultural Land Planning (DIAE) has appointed Novec and the company Aménagement Agricole et de Développement Industriel (Adi) to provide technical expertise for the irrigation projects underway in the 12 regions of the kingdom.

Novec and the company Aménagement agricole et de développement industriel (Adi) are now working on the implementation of irrigation projects in Morocco. The consortium was chosen following a call for tenders issued by the Director of Irrigation and Agricultural Land Planning (DIAE), which was set up to rationalise the use of water in agriculture and improve the development of Morocco’s irrigable potential.

The Novec-Adi consortium will provide technical assistance in the monitoring and control of all irrigation projects implemented in the 12 regions of Morocco. The two companies will be supported by 12.9 million Moroccan dirhams, about €1.2 million, from the Moroccan government.

Novec, the result of a merger between Ingéma and Scet-Scom, in which the Caisse de dépôt et de gestion (CDG) group of Morocco is the majority shareholder, specialises in consulting engineering and civil engineering. Its partner Adi operates more in water, environment and hydraulic infrastructure engineering. This expertise will be particularly useful in Morocco within the framework of the Resilience and Sustainability of Irrigation Water (REDI) project, initiated by the Moroccan Ministry of Agriculture, Maritime Fishing, Rural Development and Water and Forests.

Announced in January 2022, the REDI project aims to rationalise the use of water resources through modern irrigation systems in the regions of Tadla, Casablanca-Settat and Souss-Massa. According to the United Nations (UN), Morocco is already considered to be under water stress with only 500 m3 of fresh water per capita per year, compared to 2,500 m3 in 1960, and the situation is expected to worsen further with a direct impact on agricultural production.

The Novec-Adi consortium will also offer its expertise in the framework of the project to build 50 water reservoirs by 2050 in the North African kingdom to increase its storage capacity to 32 billion m3 of water. Morocco’s current storage capacity is 18.7 billion m3 of water. As part of this policy, Rabat also plans to impose restrictions on water consumption for irrigation. The aim is to save 2.5 billion m3 by 2030. The Cherifian kingdom is also banking on non-conventional water, notably the reuse of treated wastewater and the desalination of sea water.

Among the major initiatives implemented is the National Mutualised Sanitation Programme (NMSP), which will allow the realisation of 87 projects, 22 of which concern the watering of golf courses with a financing of 2.34 billion Moroccan dirhams (nearly 220 million euros), promised by the Moroccan government by 2027. The kingdom aims to supply 100 million m3 of treated wastewater to Moroccans per year by that date. By 2050, this capacity should increase to nearly 340 million m3 per year, i.e. a treatment rate of 80%.

Another Moroccan programme should improve water supply in the agricultural sector by 2027. This is the Priority Drinking Water Supply and Irrigation Programme 2020-2027. The initiative will also allow the construction of seawater desalination plants.