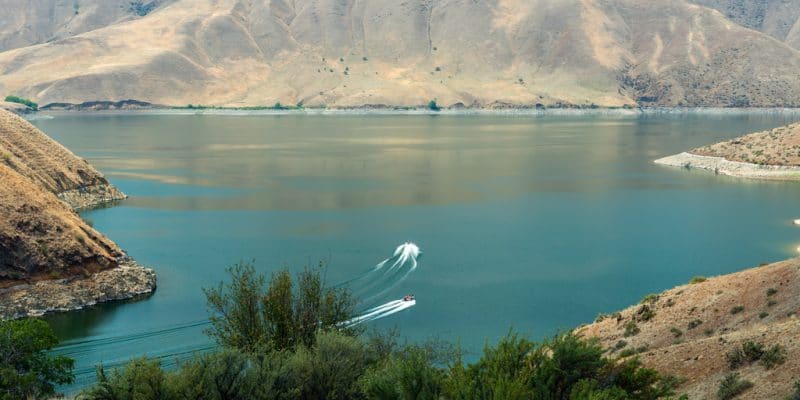 The Priority Programme for Drinking Water Supply and Irrigation 2020-2027 has recently been launched in Morocco. It will make it possible to allocate 115 billion Moroccan dirhams (€10.7 billion) to water infrastructure.

King Mohammed VI of Morocco recently visited the city of Marrakech for the launch of the Priority Programme for Drinking Water Supply and Irrigation 2020-2027. It is an ambitious programme whose objective is to improve the supply of drinking water to the population and to develop agriculture through the improvement of irrigation in this North African kingdom.

The Moroccan government’s programme is based on several components. Firstly, it involves the development of hydraulic supply through the construction of new dams in the Kingdom. Thus, by 2027, Morocco plans to build 20 reservoirs, most of which will be filled with rainwater.

As part of this project, the authorities decided in October 2019 to recruit 44 engineers, administrators and technicians. The water supply component of the water supply programme will also enable the construction of three seawater desalination plants in the country.

An investment of more than 10 billion euros

The second aspect of the programme is to focus on water recovery. This concerns in particular measures aimed at making savings in water consumption. Such a policy is necessary in this country with a quasi-desert climate where surface water resources are scarce. Measures to reduce water consumption will be implemented mainly in the agricultural sector which depends on irrigation.

In order to avoid depleting water resources, the authorities want to focus on the reuse of waste water for irrigation of plantations and green spaces, including golf courses. Saâd Eddine El Othmani, the head of the Moroccan government, is calling on all golf clubs to irrigate their courses with treated wastewater. At least 40% of these clubs have already subscribed to the government’s policy. Golf courses are in full development in Morocco, especially around Marrakech. The courses attract tourists and businessmen as well as luxury real estate buyers, but they represent a real calamity in terms of water consumption, which the greens absorb inordinately.

A no less negligible part will be devoted to raising general awareness of the Moroccan population on the valorisation of water. Overall, the Priority Programme for Drinking Water Supply and Irrigation 2020-2027 will make it possible to increase the capacity of dams from 18 billion m³ to 27 billion m³. To this should be added non-conventional water resources, i.e. from seawater desalination plants and treatment plants (reuse). The government will then invest 115 billion Moroccan dirhams (10.7 billion euros) in seven years.