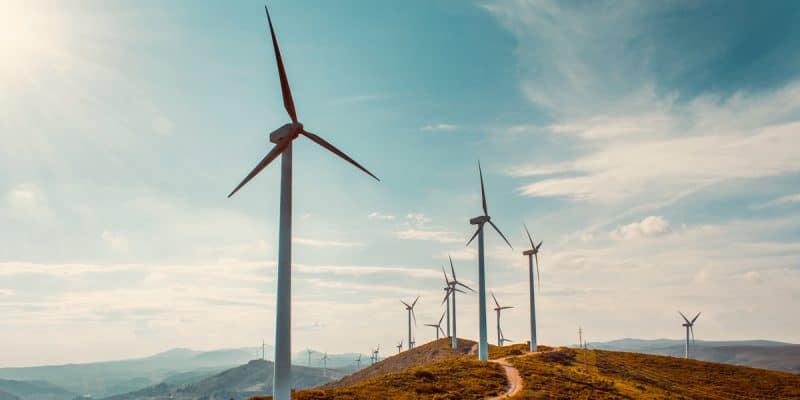 Saham Insurance has acquired a 24% stake in the Khalladi Wind Farm. The announcement was made on Monday, March 11, 2019 by ACWA Power, which is developing the project in partnership with the ARIF investment fund.

ACWA Power International, a Saudi energy project development and operation company, announced on March 11, 2019 that it had opened up the shares of its Moroccan subsidiary, Nomac, to Saham Insurance. The energy company has thus enabled Saham Insurance to acquire a 24% stake in the Khalladi wind farm.

Located in Jbel Sendouq, 30 km from Tangier, the major port city located on the Strait of Gibraltar in northern Morocco, the Khalladi wind farm was inaugurated on June 29, 2018. A fully private investment of about 166 million euros, or 1.8 billion dirhams, the project was financed in equity by Acwa Power, the Argan Infrastructure Fund (ARIF) and by long-term debt with the European Bank for Reconstruction and Development (EBRD) in collaboration with the Clean Technology Fund (CTF) and the BMCE Bank of Africa. The Khalladi wind farm has an installed capacity of 120 megawatts (MW). The plant’s production represents 370 gigawatts per hour (GWh), or the annual electricity consumption of 400,000 inhabitants, which is equivalent to the needs of a city the size of Tetouan, still in the north of the country. In addition, contributing to the reduction of more than 144,000 tonnes of CO2 emissions per year, the fleet employs 600 people, the majority of whom are local employees.

The Saham group is implementing its orientation towards pan-African investment

Through this stake, which allows Saham Insurance to be a member of the Board of Directors of Khalladi Park, the new direction of the Moroccan insurance giant is taking shape. On March 7, 2018, the Moroccan holding company Saham ($11.24 billion in turnover and 16,000 employees) decided to change its vocation to become a pan-African investment fund. The thirty-five insurance companies owned by Saham had been sold to South Africa’s Sanlam as part of the Saham group’s strategic reorientation from its core business (insurance) to the standards of a pan-African investment fund. “As part of its transformation into an African fund, Saham will now attract new partners to take a new step forward and invest in the future businesses that will accelerate development for our country and our continent,” said Moulay Mhamed Elalamy, director of the Saham group and until then managing director of Saham Insurance Morocco.

The entry of Saham Insurance into the ownership of the Khalladi wind farm still leaves ACWA Power, which remains the majority shareholder, with 51% of the capital. The latter will continue to manage the operations and maintenance of the wind farm through Nomac, its dedicated subsidiary.

The project’s operating period is 25 years, renewable once. Beyond this date, the wind farm will be run by the State. The Khalladi wind farm is part of the national renewable energy development strategy, which aims to reach 42% of the installed electrical capacity in renewable energy (wind, solar, and hydro) by 2020.