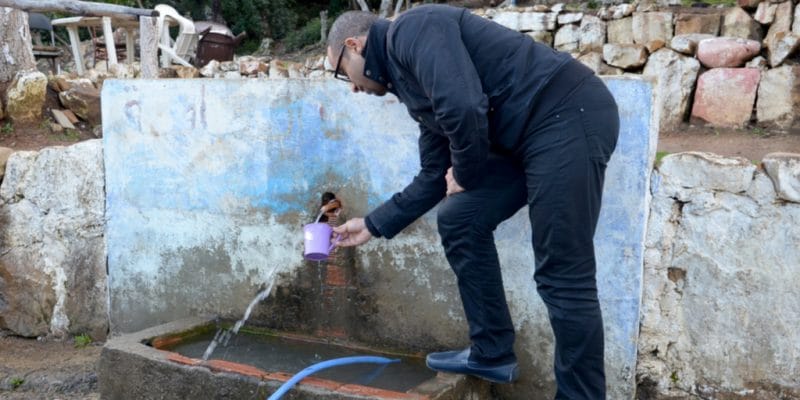 The Moroccan banking group BMCE Bank of Africa is launching a credit line for the "intelligent management" of water resources in Morocco. Called "Cap Bleu", this credit line is intended to support the public and private sectors.

Actors in the water sector in Morocco now have a credit line to finance their projects. It has just been launched by the Moroccan banking group BMCE Bank of Africa. The financial institution has named its initiative “Cap Bleu”. In concrete terms, the credit line will be intended for “private and public operators in industry, water sector, agriculture, real estate or hotels and dedicated to financing investments and capital goods for wastewater pretreatment and treatment projects, sanitation in general, reducing water consumption, and the reuse of treated water,” the bank said.

BMCE Bank also indicates that companies that solicit “Cap Bleu” will be able to access financing of up to 100% of the investment costs, with a subsidised interest rate. The bank will also offer technical assistance from a firm of experts to support water resources management projects.

The credit line opened by BMCE Bank to finance water resources is part of an existing partnership between the French Development Agency (AFD) and the European Investment Bank (EIB). This collaboration was initiated at COP22, held in Morocco in 2017. The value of the line of credit has not been disclosed but the partnership agreement signed in December 2017 between BMCE Bank, AFD and the EIB provided for an investment of 20 million euros.

In addition, AFD’s financial support should be complemented by technical support, in the form of a technical assistance envelope of 300,000 euros, to strengthen BMCE Bank of Africa’s financing offer and capacities in the water sector.

With regard to the EIB, its financing should be accompanied by a technical assistance package financed by the CAMENA Fund “Climate Action in the Middle East and North Africa” and implemented by the EIB to facilitate the deployment of the credit line. This technical assistance will take the form of a practical support service for companies in the technical and financial preparation of credit applications.

As part of this partnership, BMCE Bank had already launched “Cap Énergie”, designed to finance renewable energies and energy efficiency, and “Cap Valoris” for waste recovery.