Homepage » MOROCCO: Asmapec joins forces with Searious for the fight against plastic pollution

MOROCCO: Asmapec joins forces with Searious for the fight against plastic pollution 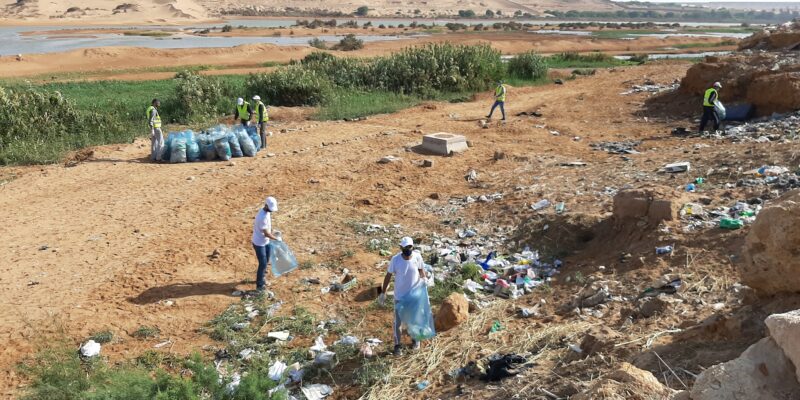 In Morocco, the Moroccan Association for the Protection of the Environment and Climate (Asmapec) and the Dutch company Searious Business have just launched an initiative called Mossup. As part of this project, the two partners wish to involve Moroccan supermarkets in preserving the environment by reducing plastic waste.

The Moroccan Association for the Protection of the Environment and Climate (Asmapec) and the Dutch company Searious Business are pooling their expertise as part of the initiative called Mossup (Moroccan supermarkets are tackling single-use plastics). The project will reduce the amount of non-recyclable plastics dumped into the environment after use.

To achieve their goal, Asmapec and Searious Business plan to create a closed-loop system where reusable packaging will be collected and then recycled in suitable local facilities before being made available to supermarkets and other distribution points in Morocco. A pilot experiment will be launched in about ten days’ time in the Moroccan capital Rabat. According to Searious Business, the successful collaboration between the different links in the chain will improve the collection of post-consumer plastic, as well as the current estimated recycling rate of 7%. The Moroccan distribution companies Marjane and Label’Vie have already joined the project. The company Aswak Essalam should soon join them.

Currently, the Cherifian kingdom produces more than one million tonnes of plastic each year, of which more than 33% is dumped in uncontrolled landfills. According to Searious Business, this is due to an inadequate system for collecting and recycling plastic waste. But this problem is gradually being solved, as the kingdom is relying on many investors to reduce the amount of waste present in the environment, estimated at six million tonnes, or an average emission of around 250 kg per inhabitant per year.

Proparco, a subsidiary of the French Development Agency (AFD) Group, recently guaranteed a loan that will enable Arma Casablanca, which has been awarded several delegated waste management contracts in the city of Casablanca, to boost its efficiency. The funds are granted by the Moroccan Bank for Trade and Industry (BMCI), a subsidiary of the French group BNP Paribas.