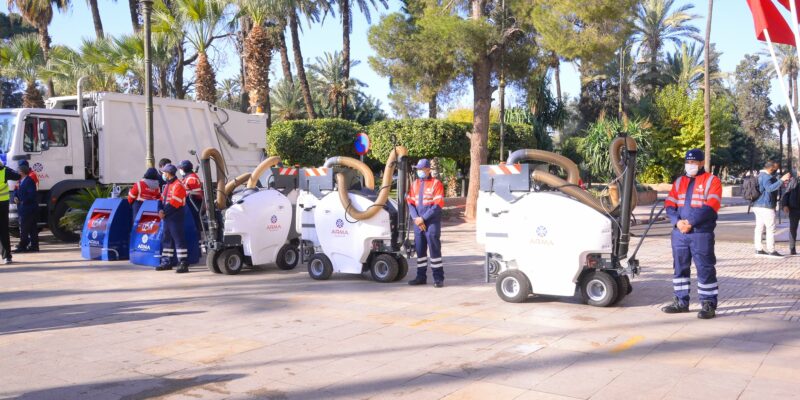 Proparco, the subsidiary of the French Development Agency (AFD) group, has just guaranteed financing from the Moroccan Bank for Trade and Industry (BMCI) for Arma Casablanca. The company will use this financing to improve waste management in the city of Casablanca.

The loan guaranteed by Proparco will enable Arma Casablanca, which has been awarded several delegated waste management contracts in the city of Casablanca, to optimise its services. In particular, the company wants to “significantly” increase its investments and switch to night collection in order to improve traffic flow and truck movement.

The funds granted by the Moroccan Bank for Trade and Industry (BMCI), a subsidiary of the French group BNP Paribas, will also enable the other objectives that Arma Casablanca has set itself, namely “the digitalisation of the rolling stock (notably the installation of communicating meters, or smart-meters in English), a first in the sector in Morocco, which will enable the optimisation of circuits and better monitoring and control of services in real time,” explains Proparco, the subsidiary of the French Development Agency (AFD) group.

Arma Casablanca has been awarded delegated waste management in four of the eight prefectures of Greater Casablanca since 2019. In all, the company created in 2011 manages the waste of 20 Moroccan municipalities, including five of the largest cities in this North African kingdom. However, optimising waste management has become a necessity, given Casablanca’s constant population growth.

According to Proparco, the city, whose household waste production is now estimated at 1 million tonnes per year, has nevertheless been able to set up an increasingly structured management system. Operated since 2004 in the form of delegated management, the improvement of collection services and urban cleanliness is at the heart of the municipality’s concerns, which relies in particular on the presence of key local players such as Arma, to help it in its quest for efficiency in this area.