Homepage » MAURITIUS: 2 months after the disaster, the ADB supports the clean-up of the oil spill 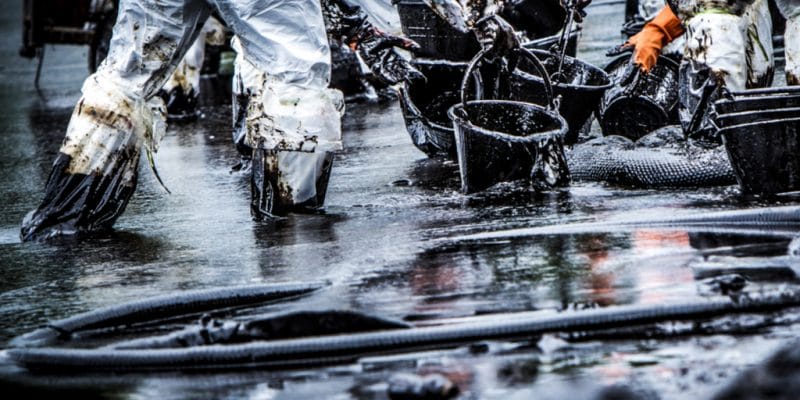 The African Development Bank (ADB) announces the release of $500,000 from its Special Relief Fund to support oil spill clean-up operations in Mauritius. This support comes about 2 months after the beginning of the disaster.

The clean-up operations of the oil spill are continuing on the Mauritian coast. The African Development Bank (ADB) is releasing 500,000 dollars to assist the authorities and the international community mobilized to repair this disaster. The AfDB has carried out this operation through its Special Relief Fund, which supports the countries of the continent in case of disaster.

“This emergency aid of 500,000 dollars provided by the African Development Bank in Mauritius is an important contribution to the clean-up operations carried out by the international community aimed at rehabilitating marine biodiversity. It is important for the livelihoods of the population in the blue economy and tourism sectors, which are now threatened by this unfortunate oil spill,” said Martin Fregene, the AfDB’s Director of Agriculture and Agribusiness.

A real ecological and economic disaster for Mauritius

Since the beginning of the oil spill on July 25th, 2020, daily life in Mauritius has been punctuated by the clean-up operations of the oil spill caused by MV Wakashio, a Japanese vessel flying the Panamanian flag. The bulk carrier sank off the southeast coast of Mauritius (at the Pointe d’Esny). Following bad weather in the lagoon, the Mauritian government announced that all attempts to right the ship had failed. At the time, the vessel was carrying 3,800 tons of fuel oil and 200 tons of diesel.

The ship finally ran aground on the reef, causing a major oil spill. Faced with the magnitude of the situation, the Mauritian government declared a state of emergency and ordered fishermen and residents to stay away from the beaches and lagoons near the communities of Blue Bay, Pointe d’Esny and Mahebourg. On site, the oil spill is being cleaned up by the local populations accompanied by ocean protection organizations.

According to the ADB, the oil spill has caused a difficult health, environmental and economic situation. The country is heavily dependent on the blue economy, particularly for food and tourism, and its coastline is home to some of the most intact coral reefs on the planet. The entire population continues to be at risk of serious diseases due to the presence of oil and its derived pollutants. The $500,000 from its Special Relief Fund is also expected to complement on-going interventions by the Government of Mauritius, development partners and various stakeholders to carry out salvage and clean-up operations, estimate damage and losses, and carry out various socio-economic assessments.

SUDAN – SOUTH SUDAN: a partnership to prevent floods and drought