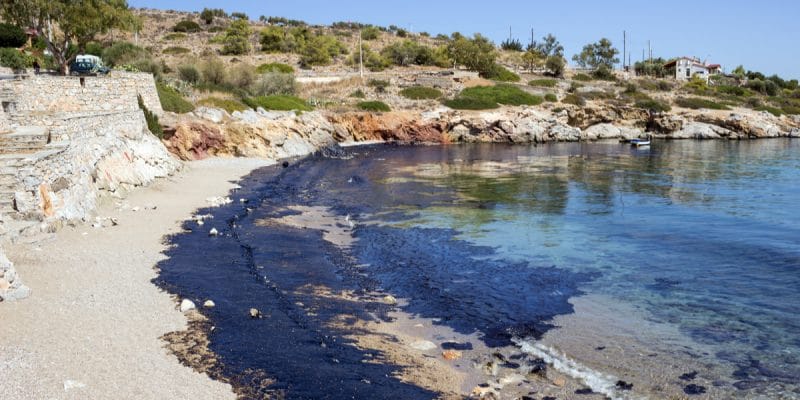 Mobilisation is spreading in Mauritius to clean up an oil slick caused by the grounding of a Japanese ship on a reef in the south-east of the island state on July 25, 2020. One of the solutions that stand out in the field of response is that of environmental protection associations and hairdressing salons. They encourage people to volunteer their hair. One kilogram of hair can absorb up to 8 kilograms of hydrocarbons.

The south-east coast of Mauritius is the scene of a relentless fight against the oil spill. At least 1,000 tonnes of fuel oil have already spilled into the waters and another 2,000 tonnes are still in the tanks of the wrecked MV Wakashio. To eliminate this pollution, volunteers are organising improvised workshops on site to gather hair in long cloth bags that suck in water and oil. These bags are then tied together to form large booms. “Hair has been known for many years for its absorbent properties. One kilogram of hair absorbs up to 8 kilograms of oil,” explains a member of Octopus, a non-governmental organization (NGO) that defends the oceans.

The supply of hair is ensured through campaigns to collect hair from the population. Voluntary hair donation points have been set up in the urban centres of the East African country. The supply is also supported by hairdressing salons, particularly those in neighbouring Reunion Island. Marie-Pierre Lafosse-Riviere, president of the Reunionese section of the National Union of Hairdressing Companies (Unec), has called on all its members to collect their leftover hair and send it to Mauritius.

Mauritian government very much concerned about the situation

The Japanese vessel MV Wakashio ran aground on the coast of Mauritius on July 25, 2020, but it was several days after government authorities discovered that tonnes of oil were leaking from its hull. As a precautionary measure, the Mauritian Government declared a state of emergency and requested the assistance of France, which sent some 20 tonnes of equipment and experts from La Réunion. So far, however, nothing has been decided in advance. “Mauritius must prepare for the worst-case scenario. Because even if the initial leak has been stopped, several cracks have nevertheless been observed on the hull of the ship”, declared Pravind Kumar Jugnauth, the Mauritian Prime Minister at a press briefing on Monday August 10, 2020.

This incident is all the more dangerous as it occurred near the Blue Bay Marine Park, known for its spectacular coral reef. This is why, in this critical context of marine pollution, any initiative is welcome.

And with regard to the use of hair, this technique was first used on a large scale during the Deepwater Horizon oil platform disaster in 2010, which had let the equivalent of several million barrels of oil escape into the Gulf of Mexico. This was an unprecedented environmental disaster in the United States. To combat what remains as the largest oil spill in history, hair-based booms were then successfully tested to contain the pollution.