Homepage » MALI: Hybrid solar power plant goes into operation at the Nampala mine

MALI: Hybrid solar power plant goes into operation at the Nampala mine 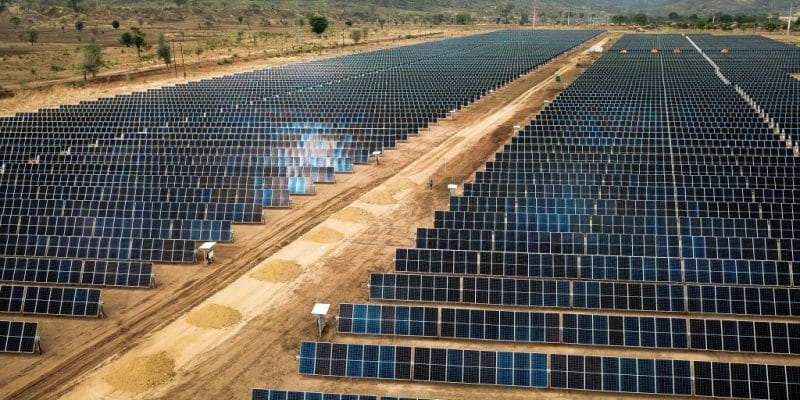 Vivo Energy is commissioning a hybrid power plant at the Nampala mine in Mali. The gold mine located in the Niono circle, Segou region, is operated by the Canadian mining company Robex Resources.

The partnership between Vivo Energy and Robex Resources is leading to the construction of a hybrid solar power plant in Mali. The plant supplies clean electricity to the Nampala gold mine in the Sikasso region. The two partners have agreed to build the solar photovoltaic power plant in 2020. The plant has a capacity of 3.9 MWp.

Until now, Vivo Energy has been supplying fuel and lubricants for the operation of the thermal power plant that currently supplies the Nampala gold mine. The construction (EPC) of the recently commissioned plant was carried out by Sterling and Wilson, a company based in Mumbai, India. The project implementation agreement also included the installation of a 2.6 MWh battery storage system by Vivo Energy, which is a way for Canadian mining company Robex Resources to reduce the carbon footprint of its facilities in Mali.

Extending the partnership in Guinea

Benjamin Cohen, president and CEO of Robex Resources, estimates that the solar energy generated at Nampala will reduce the mine’s carbon dioxide (CO2) emissions by about 60,000 tonnes over 10 years.    Vivo Energy will sell the energy generated by its solar PV plant to Robex over a period of 5 to 15 years.

Read also- MALI: Suntrace and BayWa connect a 30 MW solar plant to the Fekola mine

Building on the success of the Nampala solar project in Mali, Robex Resources and Vivo Energy are looking to extend their partnership to the Kiniero gold mine. At this site, located in the Kouroussa prefecture in east-central Guinea, Vivo Energy will build a hybrid solar power plant for the operations of Sycamore Mining, a company that has been announced to merge with Robex Resources.

According to the Quebec, Canada-based mining company, Vivo Energy’s future clean energy generation facilities will provide more than 40% of the energy needs of the Kiniero mine in Guinea, avoiding emissions of 27,000 tonnes of CO2 equivalent per year. For the record, the resources of this mining site located 600 km from the capital Conakry are estimated at 1.5 million ounces of gold.