Homepage » MALI: Suntrace and BayWa connect a 30 MW solar power plant at the Fekola mine

MALI: Suntrace and BayWa connect a 30 MW solar power plant at the Fekola mine 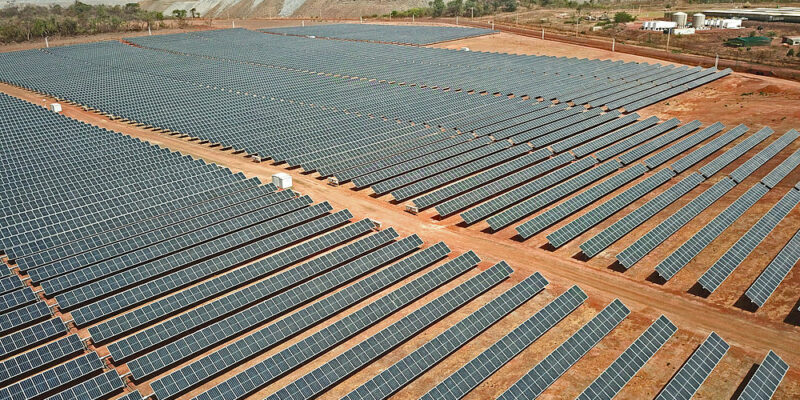 Renewable energy providers Suntrace and BayWa r. e. have commissioned a 30 MW hybrid solar power plant at the Fekola gold mine. The mine is located in southwest Mali and is operated by the Canadian mining company B2Gold.

The Fekola solar power plant has already started delivering its first MW. The plant was recently commissioned by Suntrace and BayWa r. e., two renewable energy providers based in Hamburg and Munich, Germany respectively. The solar power plant occupies 27 hectares of land and has a capacity of 30 MW. It is the result of a project carried out since 2019 by the owner of the Fekola mine, the Canadian company B2Gold.

Suntrace and BayWa r. e. plan to complete all work at the mine by the end of June 2021. The solar farm is powered by a 15.4 MWh battery storage system, which allows the entire facility to continue to supply power to the gold mine after sunset or in bad weather. This is important because the Fekola mine operates 24 hours a day. Prior to the implementation of this clean energy project, the mine was powered by three generators running on heavy fuel oil.

The economic challenge of solarisation

“The 15.4 MWh battery storage compensates for fluctuations in energy production and ensures reliable operation, enabling up to 75% of the gold mine’s electricity demand to be covered by renewable energy during the day,” says Suntrace. According to the German company, the new installations allow the mine to save 13.1 million litres of heavy fuel oil, as the thermal generators will now remain shut down during the day.

“The integration of such a large amount of solar energy into a small, isolated grid in a safe and reliable way was a major technical challenge and required the use of battery storage and a tailor-made control system. The latter was conceptualised in the early stages of the project and we ensured that our vision was implemented accordingly by the suppliers”, explains Thorsten Althaus, project manager at BayWa r. e. The 30 MW solar power plant will now enable the Fekola gold mine to avoid emissions of 39,000 tonnes of CO2 per year.