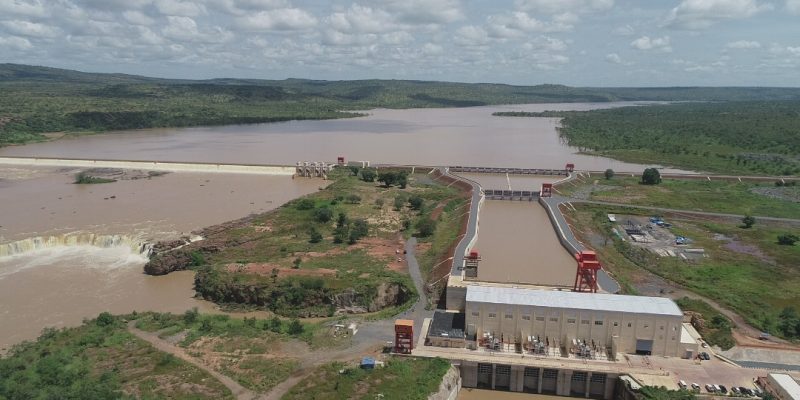 Officials from member countries of the Senegal River Basin Development Authority (OMVS) have inaugurated the 140 MW Gouina hydroelectric scheme. This is a sub-regional infrastructure that already supplies four countries in West Africa.

A new hydroelectric infrastructure is coming into service on the Senegal River. It is the Gouina hydroelectric scheme inaugurated on 3 December 2022 by the Senegal River Basin Development Authority (OMVS). It was in the presence of the authorities of several West African countries, notably Mali, Senegal, Guinea and Mauritania. The inauguration of this infrastructure attracts so many leaders because it is a sub-regional project implemented by the OMVS.

This intergovernmental organisation, based in Dakar, Senegal, was created by Mali, Senegal, Guinea and Mauritania to manage the Senegal River basin, which stretches for about 1,800 km across West Africa. The Gouina hydroelectric scheme is located 18 km south-east of Diamou in the Kayes region of western Mali. It consists of a run-of-river power plant at the Gouina Falls operating with a 1,230m long weir built just above the waterfall.

Equipped with three Kaplan turbines of 46.6 MW each, the power plant uses the flow of the Manantali dam (with a 200 MW power plant, editor’s note) upstream to regulate the flow of water. “This dam (Gouina) will have a knock-on effect in the energy sector and in the OMVS area, increasing the electricity transit capacity in the network, promoting electricity exchanges in the sub-regional energy market and strengthening the capacities of the Manantali Management Company (Sogem), which includes, among other things, the construction of three lines”, explains Abdoulaye Maïga, the former interim Prime Minister, recently appointed Minister of State, Minister of Territorial Administration and Decentralisation of Mali.

Read also- MALI: a hybrid solar power plant goes into operation at the Nampala mine

The 140 MW hydroelectric power station was commissioned several years late. The Chinese company Sinohydro, which launched the work in 2013, planned to deliver the facilities in 2020. But the work has been delayed by the conflict between the Malian army and several Tuareg rebellions claiming independence for an almost entirely desert territory called “Azawad”, located in the north of the country. Since 2012, this war has encouraged the arrival of jihadist groups that destabilise northern Mali to this day.

However, the Gouina hydroelectric plant has already been connected to the electricity grid of the OMVS member countries through a new 280 km long transmission line. The development of the hydropower plant required an investment of 284 billion CFA francs (about ‘433 million), 85% of which was financed by OMVS via a loan from Exim Bank of China.

The project also received US$1 million in funding from the EU-Africa Infrastructure Trust Fund (EATF), and US$1.4 million from the European Investment Bank (EIB) and the International Development Association (IDA), the World Bank Group’s subsidiary.