Homepage » MADAGASCAR: WWA contradicts WFP, famine in the South is not due to climate 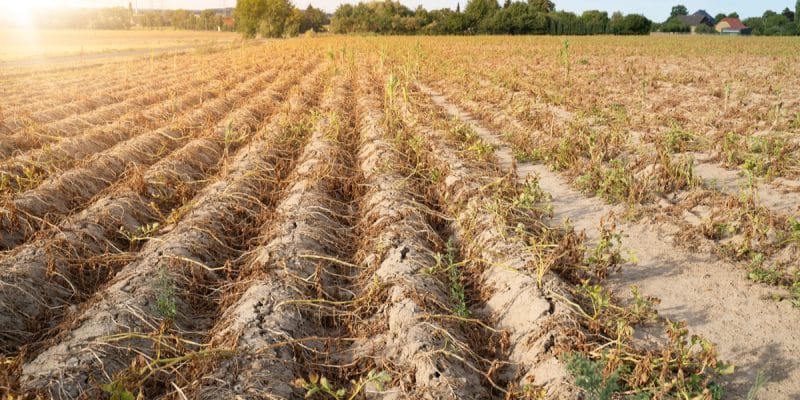 A new study beats the opinion of the World Food Program (WFP), according to which, the drought that has been causing an unprecedented famine in the south of Madagascar for several months would be due to climate change. The World Weather Attribution (WWA) earlier mentioned poverty and natural climate variability as the main causes of this famine, which affects nearly 1.14 million people.

The World Weather Attribution (WWA), which seeks to understand the causes of extreme weather events, contradicts the position of the United Nations (UN), on the causes of the famine in southern Madagascar. In a report published in June 2021, the World Food Program (WFP) estimates that the famine that threatens nearly 1.14 million people, including 135,000 children in the south of the big island is linked to climate change. Supported in this thesis by the Malagasy authorities, led by President Andry Rajoelina, the WFP describes this situation as “the first climatic famine in the world”.

But the study published on December 2nd, 2021 by the WWA shows something else. “It is factors other than climate change that are the main causes of food insecurity in southern Madagascar,” the study notes. The 38-page document notes that the current 24-month drought period, from July 2019 to June 2021, has recorded two successive rainy season periods with a rainfall rate 60% below average. Yet it is this three-month rainy season from December to February that concentrates half of the annual rainfall. The study indicates that such a precipitation deficit has only a one in 135 chance of occurring and that this probability has not increased significantly due to climate change caused by human activities.

Thus, for the WWA research team, the main reasons for the famine in southern Madagascar are the vulnerability of the populations, whose main activity, agriculture, is highly dependent on rainfall. And by extension, the researchers note the natural variability of the climate.

However, we must not give up in the face of climate change

However, climate change cannot be totally dissociated from the famine in southern Madagascar. For all extreme events, “climate change is a factor among others, sometimes important, sometimes small, sometimes zero,” explains Friederike Otto of Oxford University (United Kingdom), one of the authors of the study. But for the case of Madagascar, the researchers specify that the expected increase in the intensity of droughts under the influence of global warming should only occur from +2 ° C compared to the pre-industrial era. However, for the moment, the global warming level is about 1.1°C.

Read also-MADAGASCAR: Drought is starving more than a million people in the south of the country

In this context, the emergency remains on improving the climate resilience of the populations of southern Madagascar. And to meet this need, 231 million dollars are required by May 2022 according to WFP estimates.