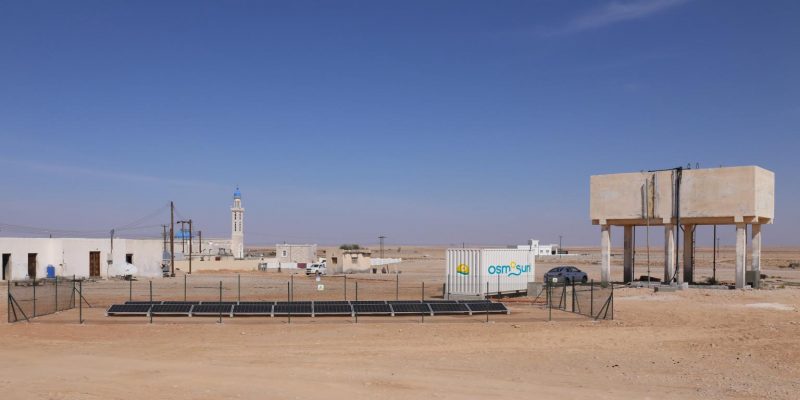 Mascacara Renwable Water will install its OSMOSUN® water desalination systems in Madagascar. The young company based in Gellainville (France) has just signed a partnership with solar photovoltaic system supplier Mada Green Power, which operates mainly in Madagascar. Mascara intends to use its knowledge of the field to deploy its water treatment solution in the arid zones of the large island.

On the African continent, the young company is deploying its OSMOSUN® technology through partnerships with well-established companies. The battery less, photovoltaic solar-powered reverse osmosis desalination system developed by Mascara makes it possible to desalinate brackish water, whose salinity is lower than sea water. This water is generally extracted from groundwater via boreholes.

“The desalination units can also be connected to alternative sources of electricity for 24-hour production, not just during sunny hours,” explains the company. To facilitate the deployment of this solution in Africa, the start-up raised €2.2 million in August 2019 from several donors including Sofimac, Go Capital, the Famae Foundation through its Famae Impact Fund and Gaia Impact Fund.

In addition to Mada Green Power, Mascara is collaborating with Vergnet Hydro, which builds drinking water supply systems (DWS) in rural areas in Africa. The aim of this other partnership is the diffusion of its desalination systems in several African countries south of the Sahara.