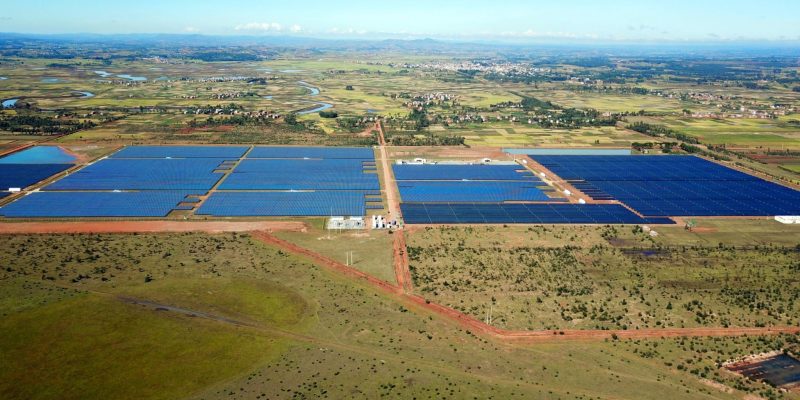 GreenYellow Madagascar obtains a €7.1 million credit guarantee from GuarantCo and the African Guarantee Fund (AGF) for the installation of an electricity storage system in the Ambatolampy solar park.

News about the Ambatolampy solar power plant in Madagascar. Its developer GreenYellow Madagascar has obtained a 33 billion ariary (€7.1 million) guarantee from the African Guarantee Fund (AGF) and GuarantCo, a company of the Private Infrastructure Development Group (PIDG). The guarantee covers the financial mobilisation for the installation of a storage system at the Ambatolampy solar photovoltaic power plant, whose capacity was recently increased from 20 to 40 MWp.

The storage system envisaged at the solar park will have a capacity of 5 MWh. As part of the transaction arranged by the Malagasy subsidiary of the French bank Société Générale, GuarantCo is providing a guarantee of 23.6 billion ariary (€5m) and 9.4 billion ariary (€2m) from AGF. The electricity storage system will stabilise the grid of Jiro sy rano malagasy (JIRAMA), the state-owned company that buys the electricity produced by the Ambatolampy solar photovoltaic plant.

GuarantCo and AGF also supported the solar plant expansion project by providing a guarantee of 51.7 billion ariary, or €10.6 million. “These two transactions have been instrumental in encouraging private sector banks to lend to solar energy projects and have played a major role in strengthening the capacity of these banks to finance clean energy projects that are essential for the sustainable development of Madagascar,” says Layth Al-Falaki, GuanrantCo’s CEO.

For the record, the Ambatolampy solar power plant is 51% owned by the Malagasy group Axian, and 49% by GreenYellow, a subsidiary of the French group Casino. The first phase of the solar plant was built on a 28-hectare site in the Vakinankaratra region. The plant was refinanced in 2020 in a deal involving the commercial bank Société Générale, GuarantCo and AGF.