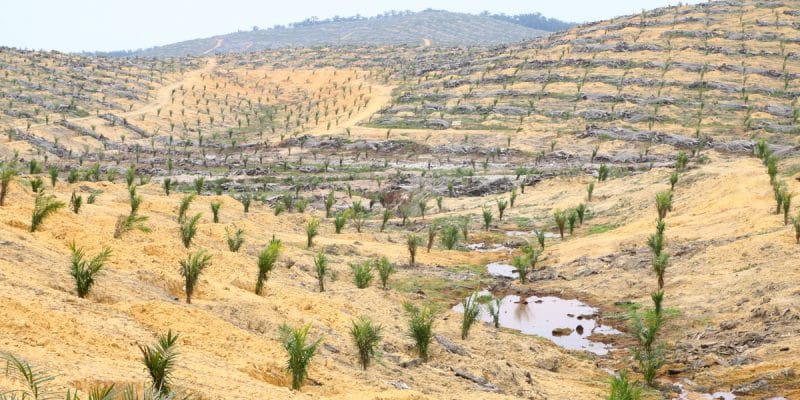 Friends of the Earth Netherlands is calling for a binding agreement on responsible financing. The environmental protection organization has just published a report that makes the Dutch financial sector the European champion of financing deforestation-related projects. Three banks in this country located in north-western Europe have granted credits worth $ 3.5 billion over the past 5 years for deforestation projects around the world, including Liberia.

Between 2016 and 2021, Dutch banks ING Group, ABN AMRO and Rabobank provided $3.5 billion to agricultural projects that led to deforestation and human rights abuses around the world, including in Liberia. This is according to the report “Dutch Financial Sector Leads Europe in Financing Deforestation“ published by the conservation organizations Friends of the Earth Netherlands and Profundo. The two organizations examined the financial flows between Dutch financial institutions and companies that deal in commodities with a high risk of tropical deforestation, including palm oil, beef, pulp and paper, soy, rubber, cocoa and coffee.

This is the case for ABN AMRO Bank, which in 2017 and 2018 provided a total of $300.8 million in financing to Golden Agri-Resources (GAR), a Singaporean multinational oil palm company operating in 12 countries, including Liberia, through its local subsidiary Golden Veroleum Liberia (GVL). In 2018, the Sustainable Development Institute (SDI) of Liberia and two other organizations had filed complaints with the High Carbon Stock Approach (HCSA) against GVL. The complaint was based on studies of GVL’s destruction of forests, nearly 1,000 hectares of biodiversity-rich forest, for the development of its plantations in western Liberia. According to the plaintiffs, GVL has also violated the interests and rights of local communities, such as the right to land and the right to free prior and informed consent.

“Despite voluntary commitments by the banks and statements by the (Dutch) government, Dutch financing of companies linked to deforestation and human rights violations continues,” said Danielle van Oijen of Friends of the Earth Netherlands. “Therefore, we call for legal obligations for the financial sector and a reorientation of finance towards agroecology and community forest management,” he proposes. According to official figures, the palm oil sector employs over 220,000 people in Liberia. And since 2008, the government of this West African country has granted several concessions, for a total area estimated at 873,143 hectares.