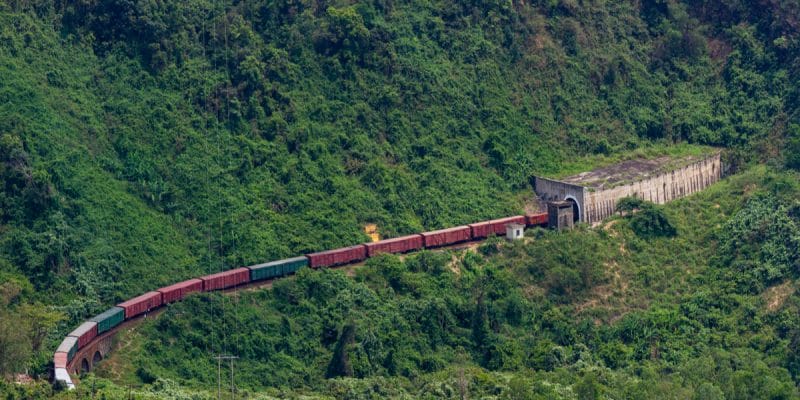 The industrial exploitation of the Simandou iron ore deposit in south-eastern Guinea poses a real threat to western chimpanzees, classified as "critically endangered" by the International Union for Conservation of Nature (IUCN). Construction of the railway linking the deposit to the Guinean coast has begun, to the great displeasure of the apes. Disturbed by the noise of blasting, these primates are seeing their habitat devastated.

The exploitation of the Simandou iron ore deposit in south-eastern Guinea is imminent. China Railway has been working for several months on the construction of the 650 km long railway line, which will link the iron ore mine to the deep water port at Matakong, on the Atlantic coast of Guinea. The Chinese company recently announced that a shaft was blasted into the hillside “with a roar of cannons” on May 29th, 2021. This is a miscommunication for China Railway, as its information about blasting operations in a site inhabited by an endangered species of monkey, the western chimpanzee, will be used by the media as a pretext to claim the environmental impact management plan for the railway.

Article 28 of the Guinean Environmental Code requires that all projects that may have an impact on the environment must have environmental assessments completed and approved before they are implemented. But in the context of the construction of the railway tunnel between Simandou and the port of Matakong, a habitat for a critically endangered species of chimpanzee, the environmental management plan that is supposed to guide the work cannot be found. When asked about the issue on July 28th, 2021 by the Reuters news agency, China Railway remained silent, preferring to remove from its website its statement mentioning the hillside explosion.

The Anglo-Australian mining company Rio Tinto PLC was granted permission last year to mine an adjacent part of the Simandou iron ore deposit, the largest in the world. The ore will be exported from 2026 through the railway and port being built by the Chinese-backed Winning Consortium Simandou (WCS). WCS, which hired China Railway, has claimed that no blasting took place before it received the required permits or before the environmental assessment was approved, but neither it nor the Guinean government has provided the basis for this claim or made available a copy of the approved environmental assessment. As the World Bank noted back in 2019, the nature and scale of the Simandou iron ore project poses risks to the environment and biodiversity.

Guinea is the largest stronghold of chimpanzees in the West. The West African country is home to nearly two-thirds of the 52,800 remaining western chimpanzees in the wild, according to the International Union for Conservation of Nature (IUCN). The same international conservation organisation has classified the species as “critically endangered”, the most vulnerable category of species classification.