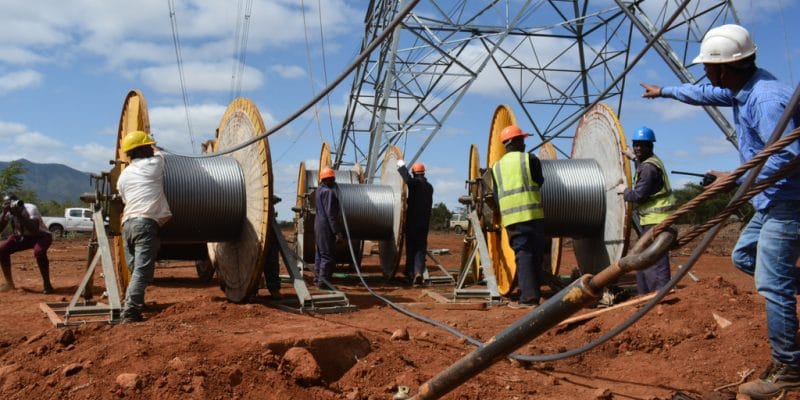 The International Development Association (IDA), a subsidiary of the World Bank, has granted Lesotho $40 million for a renewable energy electrification project. The project targets rural areas in particular.

To provide access to electricity for the entire population and businesses, the Government of Lesotho has launched the Renewable Energy and Energy Access Project. The initiative has just received support from the International Development Association (IDA), a subsidiary of the World Bank. The financial institution is providing a $40 million loan to Lesotho. To this amount, the World Bank has added $12.9 million under its Renewable Energy Development Programme (SREP).

The financing is aimed at accelerating the implementation of this project, which aims to provide electricity to households in rural and peri-urban areas, small and medium enterprises (SMEs) and economic centres that are both grid-connected and off grid. In peri-urban areas, electrification will be achieved through grid extension. Off-grid systems will be favoured in rural areas.

The Government of Lesotho is planning to extend the grid in peri-urban areas by installing medium and low-voltage lines between 11 kV and 33 kV. The project will also rehabilitate existing substations and construct new ones. The new facilities will provide electricity to farming areas such as Butha-Buthe; to industrial areas such as Mokhotlong and Berea; and to highland areas such as Qacha’s Nek. According to the government, all of these areas have strong potential for economic development.

In rural areas, the government intends to rely on off-grid. It will rehabilitate the Semonkong mini-grid, which is supplied by a small hydropower plant 113 km from the capital Maseru and has a capacity of 180 kW. It no longer meets the population’s expectations, as its turbine is currently idle. The project will also enable the construction of a 1.5 MWp solar photovoltaic off grid that will support the rehabilitated Semonkong hydroelectric power plant. The solar power plant will be equipped with a 500 kWh storage system. In addition, 39 solar-powered mini-grids will be constructed in rural areas of Lesotho. According to the World Bank, the Lesotho Renewable Energy and Energy Access Project will strengthen the legal and regulatory framework for the deployment of mini-grids and help finance the construction of mini-grid infrastructure to provide electricity services to new users.

NIGERIA: Konexa to provide 10MW of clean energy in Kano, within months