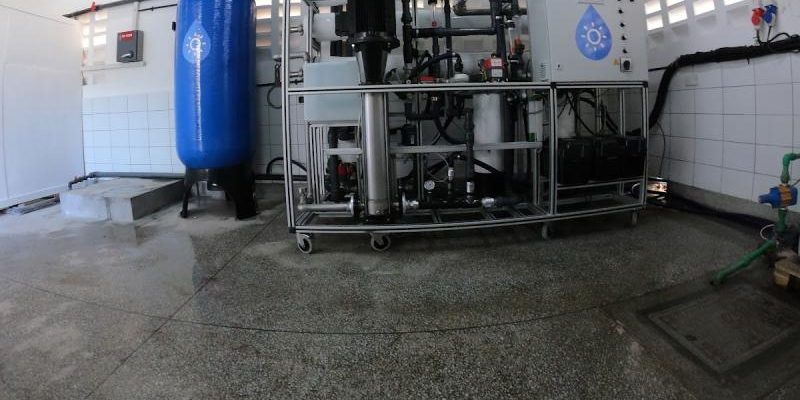 German start-up Boreal Light plans to inaugurate a new brackish groundwater desalination system on September 22nd, 2021 in Bubisa, a village in Marsabit County, Kenya. The plant will be powered by solar photovoltaic energy.

After the “Shimoni WaterKiosk” system, which went into operation in August 2021 for several public structures on the southern coast of Kenya, Boreal Light will present a new brackish groundwater desalination system on September 22nd, 2021. According to the German start-up, the ceremony will be held in Bubisa, where the plant will provide 11 m3 of water per hour. The village is located in Marsabit County in northern Kenya.

The new desalination system is being installed by Kenyan start-up WaterKiosk Africa, which is working in partnership with Boreal Light. The system will be equipped with an automatic water dispenser to serve the population. A total of 30,000 people will benefit within a 5km radius of the water points and through 24 vending machines. “The Bubisa WaterKiosk is a unique model for poor and disadvantaged rural communities where the provision of water, electricity and food is a challenge,” says Hamed Beheshti, CEO of Boreal Light GmbH. Through this project, Boreal reaffirms its commitment to the development of unconventional water resources, a necessity in this arid climate and water-stressed area. The phenomenon is a consequence of climate change.

In order to reduce the risks associated with load shedding, the young company will equip the Bubisa water desalination system with a 62 kWh solar photovoltaic system. This is the largest water desalination system designed for the African continent by Boreal Light. The Shimoni WaterKiosk system recently installed for public structures (a school, a mosque, a vocational training centre, a sewing workshop and oil extraction facilities) has a production capacity of 2 m3 of drinking water per hour; those commissioned in hospitals in Kenya and Tanzania in March 2021 have capacities of between 3 m3 and 10 m3 per hour.