KENYA: Sanergy partners with Amitruck for waste management in Nairobi 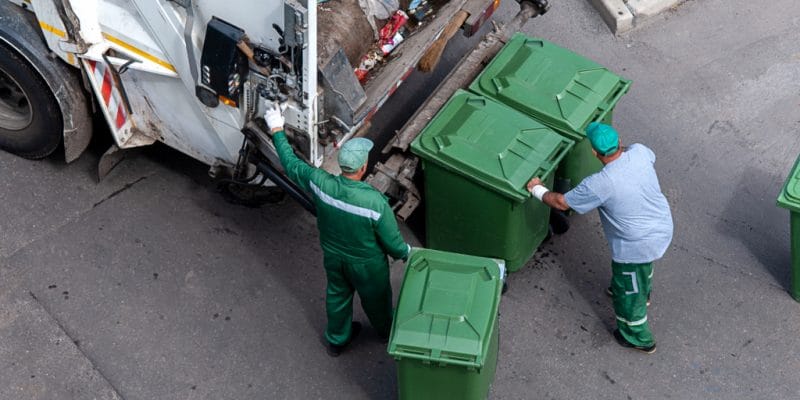 The Kenyan company Sanergy will rely on Amitruck's equipment for waste management in Nairobi, the Kenyan capital. This is the aim of the partnership that has just been signed between the two companies.

Sanergy wants to increase the rate of waste collection in the Kenyan capital Nairobi. The company will benefit from the expertise of the start-up Amitruck, with which it has just signed a partnership agreement. Amitruck uses digital technology to optimise its transport services.

Currently, Sanergy collects 12,000 tonnes of waste each year and recycles it into end products such as organic fertiliser, insect protein for animal feed and biomass briquettes. These fuels are sold to local businesses for use in place of wood, and to households for cooking. As part of its new partnership with Amitruck, a supply chain has been established to increase the amount of waste collected per day.

At the end of the chain are drivers and vehicles from Amitruck that are adapted to collect, process and recycle waste. The operations are run by Sanergy and are deployed in low-income informal settlements in Nairobi as well as in restaurants, markets and agricultural warehouses.

With an estimated population of around 5 million, Nairobi produces around 2,500 tonnes of waste per day. In the absence of a structured waste management system, the city is one of the most polluted in Kenya. By developing a framework for the circular waste economy in Nairobi, Sanergy and Amitruck hope to reduce land pollution and greenhouse gases caused by illegal dumping.

Sanergy plans to roll out its services to nine other cities in Kenya over the next five years. The Kenyan company already has a waste treatment plant. The facility is capable of processing 72,000 tonnes of waste per year. Sanergy employs 2,000 people who will be supported by 5,000 drivers from Amitruck.

In Kenya, many other initiatives are being launched to limit the proliferation of waste, estimated at 22,000 tonnes per day. In May 2021, the Kenya Association of Manufacturers (KAM) launched the Kenya Extended Producer Responsibility Organization (Kepro). The organisation, which brings together all stakeholders in the waste sector in Kenya, will educate people on good sustainable waste management practices.